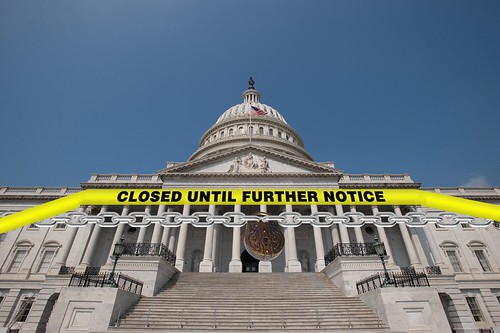 As the Trump wrecking crew ramps up its destructive campaign against federal health and safety protections and social services for impoverished, disabled and vulnerable people (young and old) the latest targets of their ire are the federal civil servants who faithfully keep our government functioning here and abroad.

END_OF_DOCUMENT_TOKEN_TO_BE_REPLACED

by Dale Wiehoff
Institute for Agriculture and Trade Policy
August 1, 2013

Earlier this week, Andrew Pollack reported in the New York Times that biotech companies like Monsanto, Dupont and Dow Chemical announced through an industry association that they would be more transparent with the public about the chemicals and genetically modified seeds they sell. According to Cathleen Enright, executive vice president at the Council for Biotechnology Information (BIO), “We have not done a very good job communicating about GMOs. We want to get into the conversation.”

END_OF_DOCUMENT_TOKEN_TO_BE_REPLACED 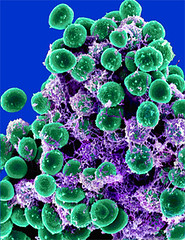 What if two thousand U.S. soldiers were losing their lives every week in Afghanistan? Would the peddlers of the electoral politics of trivia, distraction and avoidance take notice? Of course.

Every week, two thousand Americans, or about 100,000 men, women and children a year, die from mostly preventable hospital-borne infections in the United States. The toll may even be higher (Center for Disease Control updates its figures soon).

END_OF_DOCUMENT_TOKEN_TO_BE_REPLACED

Congressman Dennis Kucinich (D-OH) today asked the Inspector General to review the Food and Drug Administration’s handling of an investigation of tainted jerky treats for dogs made in China. The Food and Drug Administration (FDA) has been investigating consumer complaints for five years while the death toll rises. The FDA has issued three low profile warnings, unbeknownst to the vast majority of dog owners. Dangerous products are still on the shelves and sold in markets across the country.

END_OF_DOCUMENT_TOKEN_TO_BE_REPLACED

“After a weeks-long investigative trip to China and thousands of reports of sick and dying dogs, the FDA still has no answers and offers pet owners no protection,” said Kucinich.

END_OF_DOCUMENT_TOKEN_TO_BE_REPLACED

The Republican Party has a sense of humor, however inadvertently. It’s ardent advocates regularly accuse the Obama Administration of heavy handed regulation of business.

Tell that to the hundred federal poultry inspectors who just picketed the Department of Agriculture in opposition to a proposal that would allow those crammed, bacterial poultry slaughterhouses to do their own inspections. The picketers fear that with this license, the poultry bosses will speed up the slaughter rate to 175 birds per minute from the present 70.

END_OF_DOCUMENT_TOKEN_TO_BE_REPLACED

The greatest threat to the future of food production in the world is the introduction of genetically engineered foods from the bio-tech industry. Contrary to their mendacious propagandized promises of solving the problem of world hunger through the so-called second green revolution, the bio-tech companies are instead in the process of destroying the world’s ecosystems, and thus the natural food chains and life cycles. Their goal is certainly not to solve any problem at all, but instead to fill the corporate coffers with the profits from selling their dangerous products to countries with already high mortality rates from malnutrition and starvation.

END_OF_DOCUMENT_TOKEN_TO_BE_REPLACED

Wouldn’t you know it. Just when we thought that we had made choices that made the adulterated American food supply manageable, Corporate Agriculture finds new ways to quietly and unobtrusively pollute our lunch. We figured a way around the colors, texturizers, hidden gluten, preservatives and taste enhancers with unpronounceable names, and thought we were home free at dinner time.

END_OF_DOCUMENT_TOKEN_TO_BE_REPLACED

Jim Turner, a Washington, D.C., attorney noted for his work on consumer health issues, is filing suit today in federal court to stop all swine flu vaccinations from being given in the United States. The action was reported this morning on the health website NaturalNews.com.

According to NaturalNews.com editor Mike Adams, “The lawsuit charges that the FDA violated the law in its hasty approval of four swine flu vaccines by failing to scientifically determine neither the safety nor efficacy of the vaccines.”

END_OF_DOCUMENT_TOKEN_TO_BE_REPLACED

President Obama has proposed covering the costs of his new medical plan with “smarter” medicine, meaning the adoption of procedures that eliminate inefficiencies and stress prevention. At a town hall meeting in New Hampshire on August 11, 2009, he gave the example of a diabetic needing to have a foot amputated, at a cost of $30,000 to $50,000. It would have been smarter to counsel the patient on diet and weight loss and monitor his medications before amputation was required. The insurance company would have saved money and the patient would have saved a foot.

The 2008 Obama/Biden Plan for a Healthy America also stressed preventive approaches to disease, including the reduction of toxins to which the body is exposed; and chief among these toxins was mercury. The Plan stated as a fundamental goal:

END_OF_DOCUMENT_TOKEN_TO_BE_REPLACED

We look at two stories on food safety. The FDA has issued one of the largest food recalls in history after eight people died of salmonella poisoning. A Georgia peanut plant knowingly shipped products contaminated with salmonella on a dozen occasions over the past two years. And a pair of new studies has revealed traces of toxic mercury can be found in many popular food items containing high-fructose corn syrup. The sweetener has become a widely used substitute for sugar in processed foods, including many items marketed toward children. [includes rush transcript]

more about “Food Safety after largest recall in F…“, posted with vodpod

On January 30, the federal Food and Drug Administration announced it was opening a criminal investigation into food safety violations at a Georgia peanut plant responsible for a nationwide salmonella outbreak that has sickened more than 500 people and killed at least 8 since September. Over 100 children under the age of five are among those who have been made seriously ill by the contaminated food.

After concluding a two-week investigation of the plant last week, the FDA issued an advisory to dispose of every product containing peanuts processed there within the past two years. The recall, one of the largest in US history, extends to over 430 different foods made with peanut products from the Blakely, Georgia facility run by Peanut Corporation of America. The recall has been extended to markets in Canada and Europe.

Like countless other food poisoning outbreaks in the past few years, the latest salmonella outbreak emphasizes the vulnerability of the country’s food supply and the toothless regulatory system charged with overseeing it. Public health, revealed time and again to be fundamentally incompatible with private profit, can only be ensured through public control of production, including organization of the food supply and its essential industry.

Treasury Secretary Henry Paulson’s ‘emergency’ $700 billion bailout was authorized in record time by both houses of Congress despite the opposition of an estimated 80% of U.S. taxpayers, each of whom seems to have contacted his/her legislators more than once. For days, Congress was flooded with emails and calls with one message: No Wall Street bail out! When the bail out was fully funded, with lightning speed but no hearings, logical justification or concrete plan, it became clearer than ever that the opinions, wishes, demands of the electorate are scarcely worth the cost of the ballots they cast.

Although the immediate cause of the current economic meltdown was the deregulation of Wall Street, banks and the financial services industry, this was far from the first time that citizens have been sold out by elected representatives doing the bidding of Big Business. In fact, dismantling the regulatory/consumer safety net and throwing the taxpayer under the bus has become a way of life in Washington.

We prefer safe drugs. Instead, we get FDA approval of drugs that sicken and kill us. When the body count reaches a boundary of tolerance, they are withdrawn until Big Pharma’s lobbyists can wrangle them back on the market. This game earns billions for Big Pharma and is worth every calculated penny they pay lawmakers and their victims.

We prefer safe and fuel efficient vehicles. Instead, we get what the auto makers decide to serve up, and that is neither notably safe nor fuel efficient. Detroit’s auto industry is now insisting that they are entitled to their share of the buy out billions. They were part owners of Congress long before the current economic crisis, so what they want now is simple payback.

We prefer a sane and reasonable energy policy. Instead, we are held hostage by an unregulated energy sector that rewards run-amok speculation. In 2008, speculators single handedly raised the price of oil to the extent that the economy threatened to grind to a halt. After the price of food, consumer goods, and transportation skyrocketed, after we were left with a lowered standard of living and Congress belatedly threatened action, they crawled back into their holes and oil prices returned to a semblance of normal. Today, with the tacit approval of a complicit Congress and in conjunction with the rest of the economic crisis, the damage done by Big Oil’s engineered bubble appears irreversible.

END_OF_DOCUMENT_TOKEN_TO_BE_REPLACED

How did we come to this state of the world where we don’t know what we eat or drink, where there is nothing but secrecy as far as what the U.S. Food and Drug Administration is plotting with the gigantic Monsanto corporation? Secrecy for the purpose of making Monsanto immune to legal suits, secrecy to make people unaware of what risks they are running when they drink rBGH milk, which is not labeled as coming from cows injected with the dangerous Bovine Growth Hormone. Yes, you read this right. U.S. dairy products are not even labeled as originating from rBGH milk. Incredible? Shocking? You bet.