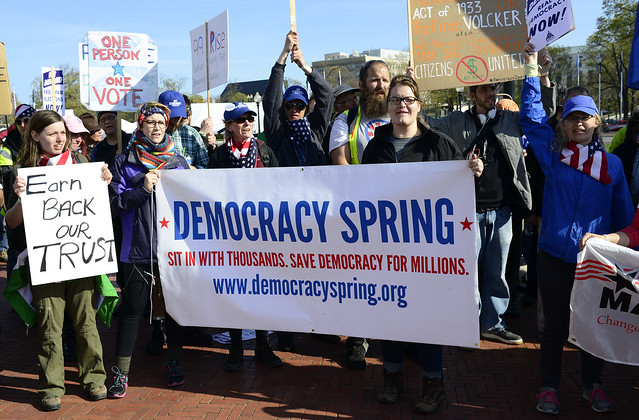 END_OF_DOCUMENT_TOKEN_TO_BE_REPLACED

The remarkable London-based legal charity, Reprieve(i) which defends lives “from death row to Guantanamo Bay”, providing legal support for prisoners unable to pay for themselves, have released a letter to President Obama, and Yemen’s President Hadi from Faisal bin Ali Jaber, a Yemeni engineer who lost his nephew and brother-in-law in a US drone strike on Hadhramout Governorate, in August 2012.

END_OF_DOCUMENT_TOKEN_TO_BE_REPLACED

Congressmen Dennis Kucinich (D-OH), Ron Paul (R-TX) and Rush Holt Jr. (D-NJ) today introduced H. Res. 819, a resolution of inquiry to compel the Administration to release documents which it reportedly uses as the legal justification for the use of drones to assassinate people abroad, including United States citizens, without trial. According to the Bureau of Investigative Journalism, our drone strikes have killed more than 3,000 people including as many as 1,105 innocent civilians since 2002.

END_OF_DOCUMENT_TOKEN_TO_BE_REPLACED

Today, (February 5th), Cindy Sheehan’s Soapbox is pleased to kick off our 4th season with GUSTO as we present progressive and legendary TV personality, Phil Donahue. Listen only if you want to be inspired with enthusiasm and optimism that we the people can, and will, make change for the better. Click here for more information about Phil’s antiwar documentary, Body of War.

END_OF_DOCUMENT_TOKEN_TO_BE_REPLACED

See Dr. Hudson with Max Keiser in On the Edge as they sift through the latest issues including the EU, Ron Paul, Austrian economics, Iran and the role of the US dollar.

In this edition of the show Max interviews the author Michael Hudson from Michael-Hudson.com

In this episode Max talks to Michael about the economic collapse in the Western nations and how this collapse gap thesis applies to the European economies currently experiencing a huge crisis.

END_OF_DOCUMENT_TOKEN_TO_BE_REPLACED

On the Tuesday, January 24th edition of the Alex Jones Show, Alex talks with Pulitzer Prize winning journalist, author and Middle East expert Chris Hedges about his lawsuit challenging the legality of the National Defense Authorization Act (NDAA), which Obama signed at the end of 2011. Hedges is the author of The World As It Is: Dispatches on the Myth of Human Progress, Collateral Damage, American Fascists and other titles.

END_OF_DOCUMENT_TOKEN_TO_BE_REPLACED

Mr. Speaker: I rise today to introduce a very simple piece of legislation to repeal the infamous Section 1021 of the National Defense Authorization Act, quietly signed into law by the president on New Year’s Day.

Section 1021 essentially codifies into law the very dubious claim of presidential authority under the 2001 Authorization for the Use of Military Force to indefinitely detain American citizens without access to legal representation or due process of law. END_OF_DOCUMENT_TOKEN_TO_BE_REPLACED

http://www.democracynow.org – Pulitzer Prize-winning journalist Chris Hedges has filed suit against President Obama and Secretary of Defense Leon Panetta to challenge the legality of the National Defense Authorization Act, which includes controversial provisions authorizing the military to jail anyone it considers a terrorism suspect anywhere in the world, without charge or trial. Sections of the bill are written so broadly that critics say they could encompass journalists who report on terror-related issues, such as Hedges, for supporting enemy forces. “It is clearly unconstitutional,” Hedges says of the bill.

“It is a huge and egregious assault against our democracy. It overturns over 200 years of law, which has kept the military out of domestic policing.” We speak with Hedges, now a senior fellow at the Nation Institute, and former New York Times foreign correspondent who was part of a team of reporters that was awarded the Pulitzer Prize in 2002 for the paper’s coverage of global terrorism. We are also joined by Hedges’ attorney Carl Mayer, who filed the litigation on his behalf in the U.S. District Court for the Southern District of New York.

END_OF_DOCUMENT_TOKEN_TO_BE_REPLACED

“Most people don’t understand what they have been part of here,” said Command Sgt. Major Ron Kelley as he and other American troops prepared to leave Iraq in mid-December. “We have done a great thing as a nation. We freed a people and gave their country back to them.”

“It is pretty exciting,” said another young American soldier in Iraq. “We are going down in the history books, you might say.” (Washington Post, December 18, 2011)

END_OF_DOCUMENT_TOKEN_TO_BE_REPLACED

“One Law for Lion and Ox is Oppression.” –William Blake

“Where is the place of understanding? Where is wisdom to be found?” —The Book of Job

Info coming at us at the speed of light—gigabytes per nano-sec—and our horse-and-buggy bio-chem brains struggle with ancient grammars, syntaxes and texts! Even our metaphors are now wretchedly overwrought: Not, “how to connect the dots,” but how to perceive, measure, record and duck the shot-gunned info-pellets rushing at our faces! END_OF_DOCUMENT_TOKEN_TO_BE_REPLACED

Ron Paul is the only antiwar candidate who has a (microscopic) chance of winning in 2012. He’s also the only candidate who will make an effort to restore the Bill of Rights and reverse Congress’s decision to allow the president to “indefinitely” imprison American citizens without due process. For these reasons alone, Paul should garner the support of leftists, liberals, and progressives. But he won’t, because liberals are convinced that Paul will try to dismantle the social programs upon which the elderly, the infirm, and the vulnerable depend.

END_OF_DOCUMENT_TOKEN_TO_BE_REPLACED

Ron Paul is “the best-known American propagandist for our enemies”, writes Dorothy Rabinowitz in a recent Wall Street Journal hit piece. To support the charge, she writes that Dr. Paul “assures audiences” that the terrorist attacks of 9/11 “took place only because of U.S. aggression and military actions”. It’s “True,” she writes, that “we’ve heard the assertions before”, but only “rarely have we heard in any American political figure such exclusive concern for, and appreciation of, the motives of those who attacked us”—and, she adds, he doesn’t care about the victims of the attacks.