In response to Dario Cankovic’s Socialism and Religion, Redux:

“Religious distress is at the same time the expression of real distress and also the protest against real distress. Religion is the sigh of the oppressed creature, the heart of a heartless world, just as it is the spirit of spiritless conditions.”
— Karl Marx, Contribution To The Critique Of Hegel’s Philosophy Of Right

I have a love/hate relationship with religion and layers upon layers of both antipathy and affection for this complex reality. The same thing could be said for the revolutionary struggle. END_OF_DOCUMENT_TOKEN_TO_BE_REPLACED

Travel to Jerusalem and examine the words of Jesus that reveal the existence of God. Join host Mart De Haan and several authorities as they engage in a captivating discussion. Gain insights into reasons for belief and unbelief in God. Discover whether you have reason to believe not only what Jesus said about God, but also what He said about himself as being equal to God.

END_OF_DOCUMENT_TOKEN_TO_BE_REPLACED

Mr. de Botton, an atheist, argues that rather than mocking religion, atheists and agnostics should steal the best ideas from world religions, such as the methods for building strong communities, overcoming envy, and forging a connection to the natural world. The philosopher essayist discusses his concepts with former seminarian and author Chris Hedges.

END_OF_DOCUMENT_TOKEN_TO_BE_REPLACED You be the judge. IS HE RIGHT OR IS HE WRONG? END_OF_DOCUMENT_TOKEN_TO_BE_REPLACED

END_OF_DOCUMENT_TOKEN_TO_BE_REPLACED

by Sean Fenley
Guest Writer
Dandelion Salad
The Anything and Everything
December 17, 2011

Good ole Hitch is gone, once one of the most prescient and incisive critics of American imperialism — he cheerled for it — during the abominable administration of George W. Bush. Still a record as impressive as his should not be eviscerated, by one conspicuously and egregiously recognizable mistake. Estimates as high as a million dead, have been recorded, though, and he put himself in league with some very dark-hearted and malignant folks.

END_OF_DOCUMENT_TOKEN_TO_BE_REPLACED 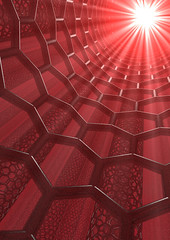 When it comes to questions of suffering and evil, no one has all the answers. However, author and speaker Os Guinness presents a compelling case that leads to faith and courage. With an engaging style, he introduces three perspectives on evil, examines the difference between suffering and evil, and shares steps to help you think through the problem of evil. Discover how you can cope with life and find reason to trust in God when bad things happen.

END_OF_DOCUMENT_TOKEN_TO_BE_REPLACED

Science and Religion are portrayed to be in harmony in the Tiffany window Education (1890). (Photo credit: Wikipedia)

END_OF_DOCUMENT_TOKEN_TO_BE_REPLACED

What’s life all about? I have to wonder, when even physicists, like the late John Wheeler can say: “We do not know the first thing about the universe, about ourselves, and about our place in the universe.”

END_OF_DOCUMENT_TOKEN_TO_BE_REPLACED

Author of the bestselling book War is a Force That Gives Us Meaning, Chris Hedges joins the Council to discuss his new book I Don’t Believe in Atheists and offers his views of the extreme sides of the religious spectrum in the United States.Hedges has spent nearly two decades as a foreign correspondent in Central America, the Middle East, Africa and the Balkans, and has reported from more than fifty countries. He was part of the New York Times team that won the 2002 Pulitzer Prize for the coverage of global terrorism.

He is also the recipient of the 2002 Amnesty International Global Award for Human Rights Journalism – World Affairs Council of Northern California.

END_OF_DOCUMENT_TOKEN_TO_BE_REPLACED

Updated: added an excerpt from and a link to Cris Putnam’s blog post. END_OF_DOCUMENT_TOKEN_TO_BE_REPLACED