On the show this week, Chris Hedges discusses the debacle in Afghanistan with Danny Sjursen, a graduate of West Point Military Academy, former US Army Major and author. He is a combat veteran who served in Iraq and later as an Army Captain in Afghanistan I command of B Troop in Kandahar Province from February 2011 to January 2012.

END_OF_DOCUMENT_TOKEN_TO_BE_REPLACED 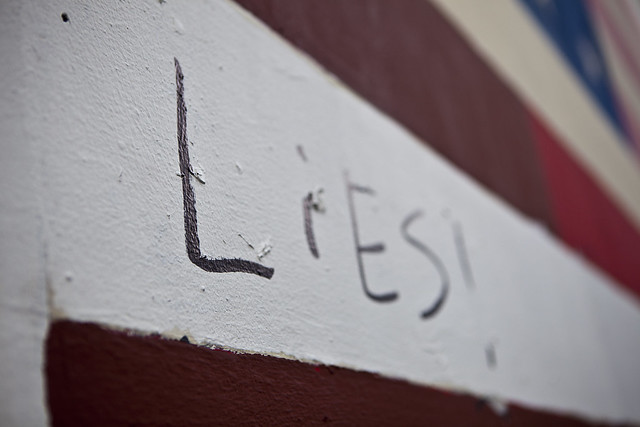 It’s far from the longest U.S. war. There was no peace before or after it. There is no after it until they end it — and bombing has always been most of what it is. It has had nothing to do with opposing terrorism. It has been a one-sided slaughter, a mass killing over two decades by a single invading army and air force dragging along token mascots from dozens of vassal states. After 20 years Afghanistan was one of the worst places to be on Earth, and the Earth as a whole was a worse place to be — the rule of law, the state of nature, the refugee crises, the spread of terrorism, the militarization of governments all worsened. Then the Taliban took over.

END_OF_DOCUMENT_TOKEN_TO_BE_REPLACED

Abby Martin covers the whole truth about the Afghanistan War, from the CIA construct of the 80’s through today’s senseless stalemate. Two decades, three administrations, tens of thousands of lives; it’s time to #EndTheForeverWar.

END_OF_DOCUMENT_TOKEN_TO_BE_REPLACED

The ceasefire between US forces and the Taliban is hanging on by a thread. While the peace deal promised to bring an end to America’s longest war, thousands of US troops remain on the ground and the Afghan government is in turmoil. In the meantime, the mainstream media continues to gloss over the leaked Afghanistan Papers of 2019. RT America’s Manila Chan sits down with “On Contact” host and Pulitzer-winning journalist Chris Hedges to discuss.

END_OF_DOCUMENT_TOKEN_TO_BE_REPLACED

Chris Hedges talks to Spenser Rapone, former combat veteran and U.S. Army Officer, about the Washington Post’s series, the Afghanistan Papers, which draws on thousands of pages of international government documents about the war in Afghanistan. The documents expose the lies, deceit, mismanagement, waste, corruption, fraud and failed schemes that Democratic and Republican administrations pursued in Afghanistan, the longest conflict, now in its 18th year, in U.S. history that has wasted hundreds of billions of dollars of U.S. taxpayers’ money and resulted in the tens of thousands of deaths.

END_OF_DOCUMENT_TOKEN_TO_BE_REPLACED

by Will Griffin
Writer, Dandelion Salad
The Peace Report
December 10, 2019

The Afghanistan Papers arrived way past due. Everything in the Wash-Post article is something the world already knows: waste of money, waste of time and waste of lives. The gov’t lied, the corporations made money. Same shit, different war.