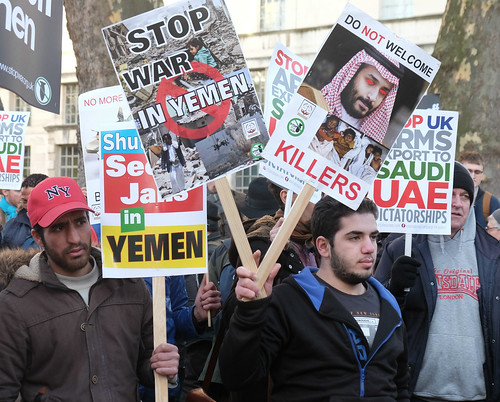 END_OF_DOCUMENT_TOKEN_TO_BE_REPLACED

Meet the new head of the United Nations panel on Human Rights: the Kingdom of Saudi Arabia. Abby Martin takes us inside the brutal reality of this police-state monarchy, and tells the untold people’s history of resistance to it. With a major, catastrophic war in Yemen and looming high-profile executions of activists, The Empire Files exposes true nature of the U.S.-Saudi love affair.