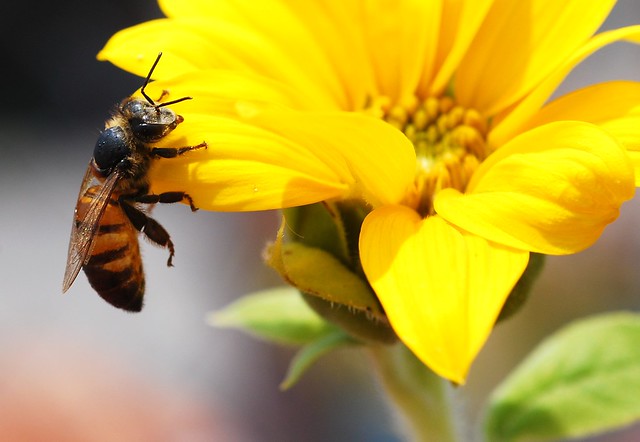 I attended a honeybee gathering recently at a wild place in rural Sebastopol. During my nearly 30 years of organic farming here, I have usually had honeybee hives on my farm. The berries need their pollination.

END_OF_DOCUMENT_TOKEN_TO_BE_REPLACED 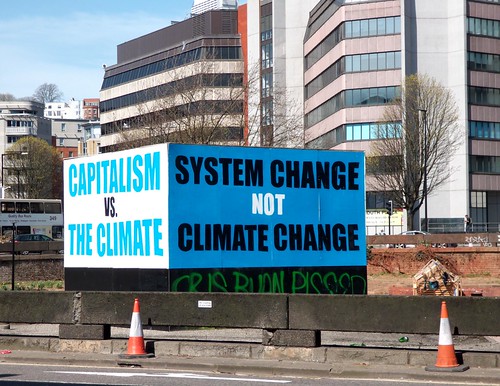 “The idea of a self-adjusting market implies a stark Utopia. Such an institution can not exist for any length of time without annihilating the human and natural substance of society; it will physically destroy man and transform his surroundings into a wilderness.” — Karl Polanyi, The Great Transformation: The Political and Economic Origins of Our Time.

END_OF_DOCUMENT_TOKEN_TO_BE_REPLACED

With a third of food production dependent on bees, a new study finds out the reason behind the sharp decline in their population.  END_OF_DOCUMENT_TOKEN_TO_BE_REPLACED

http://www.ted.com Bees are dying in droves. Why? Leading apiarist Dennis van Engelsdorp looks at the gentle, misunderstood creature’s important place in nature and the mystery behind its alarming disappearance.

END_OF_DOCUMENT_TOKEN_TO_BE_REPLACED

Bayer CropScience is facing scrutiny because of the effect one of its best-selling pesticides has had on honeybees.

A German prosecutor is investigating Werner Wenning, Bayer’s chairman, and Friedrich Berschauer, the head of Bayer CropScience, after critics alleged that they knowingly polluted the environment.

The investigation was triggered by an Aug. 13 complaint filed by German beekeepers and consumer protection advocates, a Coalition against Bayer Dangers spokesman, Philipp Mimkes, said Monday.

The complaint is part of efforts by groups on both sides of the Atlantic to determine how much Bayer CropScience knows about the part that clothianidin may have played in the death of millions of honeybees.

INN World Report: Chip Ward on the Decline of Bees

Food At Risk From Bee Pest

Food At Risk From Bee Pest

‘Commercial beehives pollinate over a third of [North] America’s crops and that web of nourishment encompasses everything from fruits like peaches, apples, cherries, strawberries and more, to nuts like California almonds, 90 percent of which are helped along by the honeybees. Without this pollination, you could kiss those crops goodbye, to say nothing of the honey bees produce or the flowers they also fertilize’.1

END_OF_DOCUMENT_TOKEN_TO_BE_REPLACED

Honeybees will die out in Britain within a decade as virulent diseases and parasites spread through the nation’s hives, experts have warned.

Whole colonies of bees are already being wiped out, with current methods of pest control unable to stop the problem.

The British Beekeepers Association (BBKA) said that if the crisis continued, honeybees would disappear completely from Britain by 2018, causing “calamitous” economic and environmental problems.

END_OF_DOCUMENT_TOKEN_TO_BE_REPLACED

Albert Einstein once said, “If the bee disappeared off the surface of the globe, then man would have only four years of life left.”

END_OF_DOCUMENT_TOKEN_TO_BE_REPLACED

It’s true that no single incident or development — no matter how out of the ordinary or startling — can straightforwardly be attributed to climate change. Nonetheless, it seems strange that the massive flooding in England, of a sort last seen more than 60 years ago, led the TV news and made front pages here with hardly a mention of global warming. You certainly won’t see a headline like this one from the British Telegraph: “Floods show global warming is here.”