On this week’s episode of On Contact, Chris Hedges discusses the Boycott, Divestment and Sanctions Movement with Israeli human rights activist Miko Peled. They discuss the global campaign to economically and politically pressure Israel to end its occupation of Palestinian land, grant equality to Arab-Palestinian citizens and allow Palestinian refuges the right of return to their homes. RT Correspondent Anya Parampil examines the history and breadth of the BDS movement.

END_OF_DOCUMENT_TOKEN_TO_BE_REPLACED

In an exclusive interview, investigative journalist Chris Hedges talks about his experience during last year’s destructive Israeli siege of Gaza. He explains what he saw as an “apartheid regime” and how the violence on the ground pushed him to support the Boycott, Divestment and Sanctions (BDS) movement against the state of Israel. Hedges also explores the fractured relationship between the US and Israel. Watch the full interview with RT’s Anya Parampil.

END_OF_DOCUMENT_TOKEN_TO_BE_REPLACED Is Israel Unfairly Held to a Higher Standard? Norman Finkelstein on Reality Asserts Itself (1/8)

Norman Finkelstein and Paul Jay discuss a full page ad in the NYT that says Israel is condemned by liberals for human rights violations while it defends gay rights, and less is said about the persecution of gays by Iran, Hamas and ISIS

END_OF_DOCUMENT_TOKEN_TO_BE_REPLACED 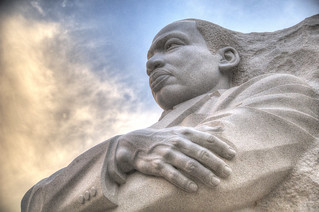 END_OF_DOCUMENT_TOKEN_TO_BE_REPLACED

The Italian Movement for Boycott, Divestment and Sanctions (BDS) Against Israel Gains Strength

Over the weekend of January 21-22, the third national meeting of the BDS movement (Boycott, Divestment and Sanctions) against Israel was held in Bologna, Italy. END_OF_DOCUMENT_TOKEN_TO_BE_REPLACED