Waking from the Ancient Madness of Ownership

For thousands of years we’ve endured wars, poverty, and other cruelties, all unnecessary. And now the madness is about to kill all of us with a climate apocalypse, which is coming much bigger and faster than most people realize. These problems can all be traced to a practice that we have long accepted as normal: the practice of not sharing with our cousins. Trade increases inequality, making corruption and plutocracy inevitable. Competition makes us insane. To avoid extinction we’ll need two revolutions.

END_OF_DOCUMENT_TOKEN_TO_BE_REPLACED

When America next experiences an economic downturn, it won’t be like the relatively small recessions that the country used to regularly undergo before the 2008 crash. It will be a collapse of such magnitude that the global economy won’t ever be able to recover, like it eventually did after the Great Depression. It will likely be the end of the growth period of capitalism, and the beginning of an unprecedented contraction that leaves civilization dramatically changed.

END_OF_DOCUMENT_TOKEN_TO_BE_REPLACED 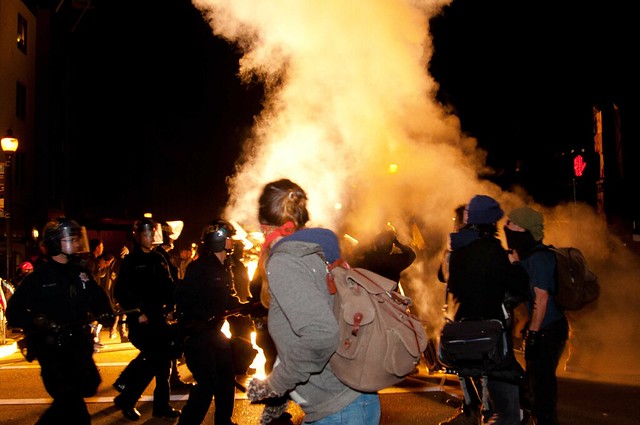 END_OF_DOCUMENT_TOKEN_TO_BE_REPLACED

As I’ve watched young people around the world take part in the climate actions of the last few weeks, I’ve gotten the sense that I’m watching a spectacle which has been orchestrated to create the illusion that we’re still in an earlier, more stable time for the planet’s climate. Legitimate as the passion and commitment of this generation of teen climate activists is, their efforts are being packaged by the political and media establishment in a way that encourages denial about our situation. These ruling institutions neither want us to recognize the real solutions to the crisis, nor to see the irrecoverable and massive damage that’s already been done to the climate.

END_OF_DOCUMENT_TOKEN_TO_BE_REPLACED 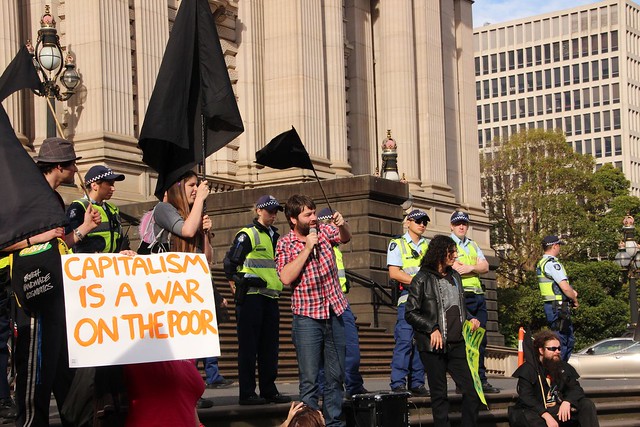 Why does the US tolerate levels of poverty comparable to the least developed parts of the world? Pulitzer-winning journalist, author and host of “On Contact” Chris Hedges joins Rick Sanchez to share his insights. He explains how vast swaths of the US and its people are “sacrifice zones” to rapacious capitalism.

END_OF_DOCUMENT_TOKEN_TO_BE_REPLACED

Abby Martin sits down with renowned Marxist Economist Richard Wolff to discuss the growing popularity of socialism under Trump and its historical roots in America, misconceptions about Russia and China’s economic success and Marx’s theory of alienation and monopoly capitalism.

END_OF_DOCUMENT_TOKEN_TO_BE_REPLACED

On Contact host Chris Hedges talks to Roger Hallam, co-founder of the British-based group Extinction Rebellion. The global grassroots movement uses nonviolent acts of civil disobedience by occupying areas of capitals of major industrial countries in protest, to reverse what they argue is a one-way track to global extinction. Activists are demanding the ruling elites state the truth about the climate emergency and implement radical measures to halve carbon emissions by 2025 and terminate the 150-year binge on fossil fuels.

END_OF_DOCUMENT_TOKEN_TO_BE_REPLACED

Apparently, if we add up all the ‘values’ that make up Planet Earth, we arrive at the figure of $5 quadrillion![1] We’ve reduced the irreducible to the level of an accountant’s spreadsheet. Yet, it’s exactly this kind of thinking that’s created the disaster that, forget 10 years, it’s already with us and it’s been building to this since the start of the Industrial Revolution approximately 200 years ago.

END_OF_DOCUMENT_TOKEN_TO_BE_REPLACED

The climate apocalypse will soon kill all of us (including the plutocrats), if we don’t take drastic measures right away. But the plutocrats are blocking those measures, because they don’t want anything cutting into their short-term profits. In this video I discuss the crazy culture that has us headed toward extinction. To survive, we need an immense cultural change.

END_OF_DOCUMENT_TOKEN_TO_BE_REPLACED 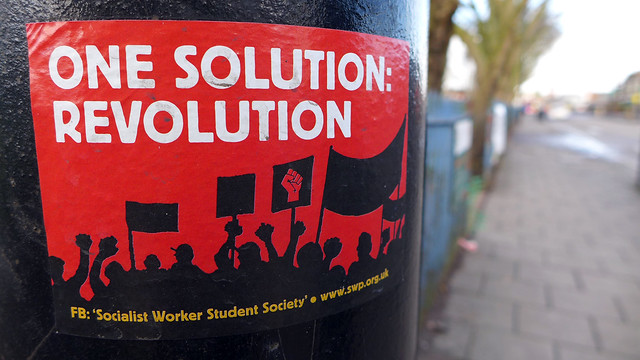 This morning an acquaintance of mine emailed me a link to Jem Bendell’s article “Deep Adaptation.” Following is a slightly revised copy of the reply I sent to him:

END_OF_DOCUMENT_TOKEN_TO_BE_REPLACED

“The corporate forces that have commodified the natural world for profit have also commodified human beings. We are as expendable to global corporations as the Barrier Reef or the great sequoias. These corporations and ruling elites, which have orchestrated the largest transference of wealth upward in human history, with globe’s richest 1 percent owning half the world’s wealth, kneel, and force us to kneel, before the dictates of the global marketplace. They have seized control of our governments, extinguishing democracy, corrupting law and building alliances with neofascists and authoritarians as the ruling ideology of neoliberalism is exposed as a con. They have constructed pervasive and sophisticated systems of internal security, wholesale surveillance and militarized police, along with criminalizing poverty, to crush dissent.” — Chris Hedges, Confronting the Culture of Death

END_OF_DOCUMENT_TOKEN_TO_BE_REPLACED 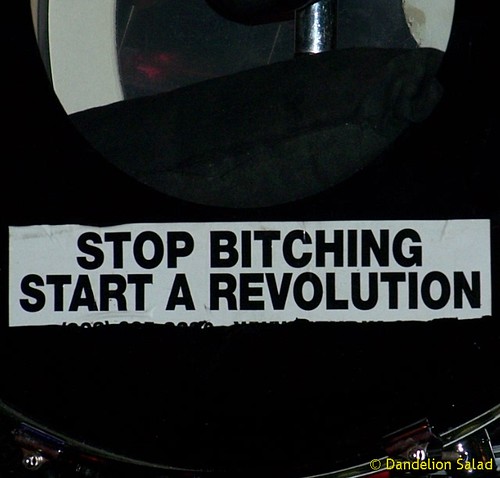 A wide ranging interview exploring Chris’ thinking on some very important but not always explored ideas, as well as a discussion of his book, America: The Farewell Tour. “I don’t accept the mass-culture, Disneyfied view of hope.”