The British victim was named as David Haines, a 44-year-old aid worker, who had been held hostage in Syria for many months. A graphic video released by his killers shows Haines kneeling on the ground dressed in an orange jumpsuit as a masked executioner severs his throat with a knife. The dead man’s prone body is then filmed with a decapitated, bloody head placed on the corpse’s back. END_OF_DOCUMENT_TOKEN_TO_BE_REPLACED 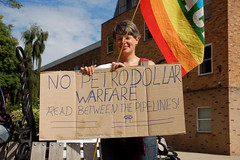 The real reason Russia and Syria are being targeted right now. 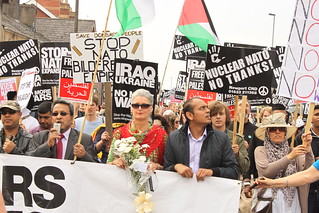 Within hours of the ceasefire taking effect in eastern Ukraine, Kiev’s forces were accused of breaching the truce with rocket attacks on civilian areas. The Western-backed Kiev junta, in turn, blamed pro-independence militia of breaking the ceasefire. However, video evidence of explosive damage to homes and vehicles indicated that the Kiev forces had in fact resumed their usual tactics of targeting civilians. END_OF_DOCUMENT_TOKEN_TO_BE_REPLACED

The purpose of this audacious act of mass murder – in which 298 lives were lost – was carried out with the intention of framing the Russian government. Washington, the chief sponsor of the Kiev regime, must have known about the plot, if not being fully complicit in it. END_OF_DOCUMENT_TOKEN_TO_BE_REPLACED 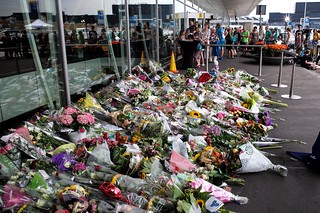 In pushing this agenda, Washington may be the one that finds itself isolated, not Moscow. END_OF_DOCUMENT_TOKEN_TO_BE_REPLACED It is an astounding indictment of how capitalism has created a global race to the bottom of misery for workers – yet the Western corporate news media actively conceal this abomination. END_OF_DOCUMENT_TOKEN_TO_BE_REPLACED

US President Barack Obama kicks off his East Asia tour this week with a threat of military aggression towards China at the same time that vice president Joe Biden was stepping up similar provocations to Russia over the Ukraine crisis.

That is because the so-called American “pivot to Asia” is intimately connected with the crisis in Ukraine and the increasing tensions between Washington and Moscow. Both cases are the result of US imperialist aggression aimed at postponing the collapse of American global hegemony. Although in the laughable way that the Western corporate media invert reality Washington’s vice is turned into a virtue. END_OF_DOCUMENT_TOKEN_TO_BE_REPLACED

There is a reason why Russian President Vladimir Putin eclipses his Western counterparts in popular support, and why he can demonstrate to them what it means to be a world leader of stature. It’s partly a result of Putin’s ability to connect with real people about real life in a way that reflects their concerns about what is really going on. He does it with an honesty and compassion that Western leaders no longer know the meaning of. END_OF_DOCUMENT_TOKEN_TO_BE_REPLACED

The ditching of Saudi Prince Bandar as the oil kingdom’s spymaster does not portend a retreat by Saudi Arabia from its covert dirty wars or its hard-line anti-Shia hostility.

The move has more to do with Saudi problems of maintaining internal stability, while also giving the Saudi rulers a scapegoat over its failure at regime change in Syria. END_OF_DOCUMENT_TOKEN_TO_BE_REPLACED

It is not without good reason that Brennan is known unofficially as Obama’s “assassination and torture tsar”. The 58-year-old spymaster is the embodiment of how Washington has itself become a secret, unaccountable government that has set itself above the law in the running of torture and assassination programs by presidential command. Brennan is the “éminence grise” of the White House’s covert world of state terrorism. END_OF_DOCUMENT_TOKEN_TO_BE_REPLACED

It’s been a busy week for NATO chief Anders Fogh Rasmussen. The week began with him telling lies, spewing propaganda, seeking to please Washington, trying to incite war in Europe with Russia, and ended with a warning to Russia to back down from military aggression.

Such is the busy life of a puppet on a string, bouncing in step with the tune called by his master. From here on, Rasmussen should be re-branded as the “Fogh of War.” END_OF_DOCUMENT_TOKEN_TO_BE_REPLACED

As the unelected Kiev junta sends armed balaclava-clad paramilitaries to quell protests in Ukraine’s eastern cities it declares the operation “anti-terrorism”. The acting (sic) president in Kiev Oleksandr Turchynov has labeled all those seeking political autonomy in Kharkov, Donetsk, Lugansk and other pro-Russian cities in the east of the country as “terrorists and criminals”; a new set of laws cobbled together by the junta – two months before scheduled official elections have taken place and therefore of dubious legality – gives the self-appointed politicians in Kiev the power to prosecute any one that does not recognize their self-imposed authority. END_OF_DOCUMENT_TOKEN_TO_BE_REPLACED 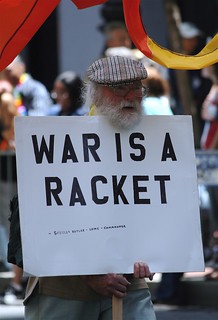 The latest mass killing this week at the US army base in Fort Hood, Texas, in which four personnel were shot dead and 16 others injured is but another symptom of how the American military is at war with itself. END_OF_DOCUMENT_TOKEN_TO_BE_REPLACED