END_OF_DOCUMENT_TOKEN_TO_BE_REPLACED

AFTER MORE than a year and a half of bitter protests, the people of Flint, Michigan, are finally getting some attention from America’s rulers and media for a water contamination crisis that has put thousands of children at risk of lifelong brain and developmental illnesses as a result of severe lead poisoning.

END_OF_DOCUMENT_TOKEN_TO_BE_REPLACED 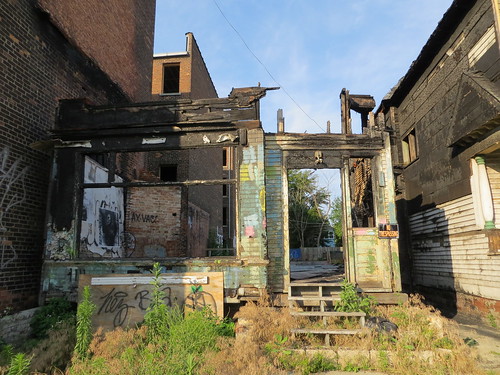 In this episode of Days of Revolt, host Chris Hedges speaks with two esteemed labor activists from Detroit: Darryl “Waistline” Mitchell and Roshaun Harris. They speak of the desperation caused by industrial decline and deregulation in Detroit, especially among Black people. The three also attest to the necessity and inevitability of revolt under such conditions.

END_OF_DOCUMENT_TOKEN_TO_BE_REPLACED

Richard Wolff says every capitalist tries to systematically reduce wages, then can’t sell what those wage workers have produced.

END_OF_DOCUMENT_TOKEN_TO_BE_REPLACED

The recently declared bankruptcy of Detroit City could serve as an epitome of the rise and fall of not just American capitalism, but the capitalist system generally as an historical mode of production. It is a mode of production that is no longer viable as a way of efficiently organizing and sustaining society in the 21st Century. In fact, the system has become the nemesis of American and other societies across the world.

END_OF_DOCUMENT_TOKEN_TO_BE_REPLACED

In the early 20th century the American city of Detroit was a booming industrial powerhouse and world leader in car manufacturing. But since the major car companies closed their factories, more than a million taxpayers have moved out of Detroit, leaving behind more than 100 square kilometers of vacant land, and nearly 40,000 abandoned houses. A group of visionary residents are now sowing the seeds of an urban farming revolution.