Till kicked and torn and beaten out he lies
And leaves his hold and cackles, groans, and dies.
John Clare – The Badger

The lanes of Somerset and Gloucestershire are being haunted by people from all walks of life but they all have one thing in common – they want to bring a halt to the killing of badgers. END_OF_DOCUMENT_TOKEN_TO_BE_REPLACED

One always knows that, when government Ministers resort to defending Ministry policy in the local press, they are losing the argument with Joe Public. So it came as no surprise to read in the Gloucester Echo the justifications for the highly unpopular badger cull as written by Owen Paterson, UK Minister for the Department of Environment, Food & Rural Affairs (Defra) – END_OF_DOCUMENT_TOKEN_TO_BE_REPLACED

The UK Ministry of Defence is worried; worried that the public have become ‘risk averse’ to the point that we won’t want to go to war anymore; so worried that in November 2012 they wrote a report – The Implications of Current Attitudes to Risk for the Joint Operational Concept – made public today by the Guardian. The report, while purportedly studying ‘risk’, is really asking ‘How do we sell war to the public’? END_OF_DOCUMENT_TOKEN_TO_BE_REPLACED

“…we must consider that we shall be as a City upon a Hill, the eyes of all people upon us; so that if we shall deal falsely with our God in this work we have undertaken and so cause him to withdraw his present help from us, we shall be made a story and a byword through the world, we shall open the mouths of enemies to speak evil of the ways of God and all professors for Gods sake; we shall shame the faces of many of God’s worthy servants, and cause their prayers to be turned into curses upon us till we be consumed out of the good land whither we are going.” — John Winthrop 1630

END_OF_DOCUMENT_TOKEN_TO_BE_REPLACED

There has been an epidemic of outrage in the United Kingdom over the last few days, most of it coming from the great and not so good.  The original cause was the alleged chemical weapons attack in Syria.  With no hard evidence as to what the attack involved and who was actually responsible, our leaders had no hesitation in blaming President Assad, and suddenly we were awash with demands for ‘intervention’, military of course, as if the West hadn’t been intervening from the start.

END_OF_DOCUMENT_TOKEN_TO_BE_REPLACED

‘Water, water everywhere,
Nor any drop to drink.’
— Samuel Taylor Coleridge: The Rime of the Ancient Mariner

At long last Britain is discussing and objecting to fracking – or we would be if the general public had access to accurate information.  As it is, Prime Minister David Cameron is going all out to promote a country-wide embrace of shale gas.

END_OF_DOCUMENT_TOKEN_TO_BE_REPLACED

Will the biotech companies ever give up on trying to sell Europe their genetically modified crops? Their latest PR man is the UK’s Minister for the Department of the Environment, Food and Rural Affairs (Defra), Owen Paterson. His website (very bland and uninformative apart from his list of engagements) says he is “a passionate supporter of localism, free enterprise and less interference in people’s lives”. But he also loudly supports Monsanto et al, and wants all of Europe to grow and eat GM foods. I would say that thoroughly destroys any localism, interferes in the most basic way with our lives, and any enterprise is freely handed to big corporations that already have far too much power over people.

END_OF_DOCUMENT_TOKEN_TO_BE_REPLACED

Great Britain is a small island, no more that 600 miles on its longest north/south axis from John O’Groats in Scotland to Lands End in Cornwall. Yet it has the most diverse geology, layer after layer of it laid down over the millennia. In other countries one might travel for 200 miles or even much more before the scenery changes in any way. Here 20 miles will do it, and the most obvious sign is what the old houses are built of. END_OF_DOCUMENT_TOKEN_TO_BE_REPLACED 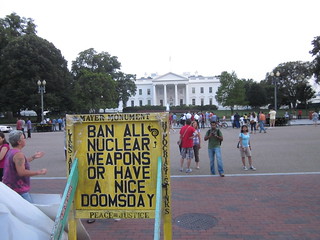 END_OF_DOCUMENT_TOKEN_TO_BE_REPLACED

Being born ‘with a silver spoon in your mouth’ means that you start with an advantage that others don’t have: parents with money, property, influence, business connections and so on, connections that can last for generations.  A silver spoon that appeared recently was the exceedingly generous compensation paid to British slave owners when the UK abolished slavery in 1833, though not one penny went to the freed slaves.  The ancestors of many well-connected people (including David Cameron) benefited.  END_OF_DOCUMENT_TOKEN_TO_BE_REPLACED

Why is it, just when you think the British Government can sink no lower and visit no more embarrassment and shame upon the country they are supposedly there to represent, that within a week or less one of the Ministers will open his mouth or put pen to paper and demonstrate just how arrogant and useless they are?  Arrogant because they believe that whatever they say will be accepted as the final word on the subject; useless because they apparently can’t foresee how their statements will be received.

END_OF_DOCUMENT_TOKEN_TO_BE_REPLACED

With the ‘global war on terror’ dominating the headlines, when Western interests headed by Western security and armed forces are sweeping across vast swathes of the Middle East and North Africa, people are losing sight of a threat that will affect everyone, rich or poor, regardless of their religion, status or nationality.  So caught up in its Crusade – and what else can we honestly call it when the countries we are invading, attacking with drones or interfering with behind the scenes are all entirely or partially Muslim – the West is blind to the crusade it should really be fighting, that of climate change and the destruction of the natural world upon which all humanity depends.

END_OF_DOCUMENT_TOKEN_TO_BE_REPLACED

What is this life if, full of care, we have no time to stand and stare.
–William Henry Davies

Each year that passes I become more despairing over the lack of action to contain climate change, a despair echoed by George Monbiot.  This last year both the Earth Summit in June and the Doha Climate Change meeting in November were notable only for the reluctance yet again of those in power to take any real action.  END_OF_DOCUMENT_TOKEN_TO_BE_REPLACED

While the great and the not so good were preparing to jet to Doha to disagree over what, if anything, they were going to do about climate change (and indigenous people everywhere wring their hands), and the British government was preparing to allow a possible 60% of the UK to be affected by shale gas exploration, Crisis Forum was presenting the last in a series of workshops on Climate Change and Violence.  We tried to remain positive, but…  To help prepare us the organiser, Dr Mark Levene, asked us to consider these deliberately provocative questions:
END_OF_DOCUMENT_TOKEN_TO_BE_REPLACED