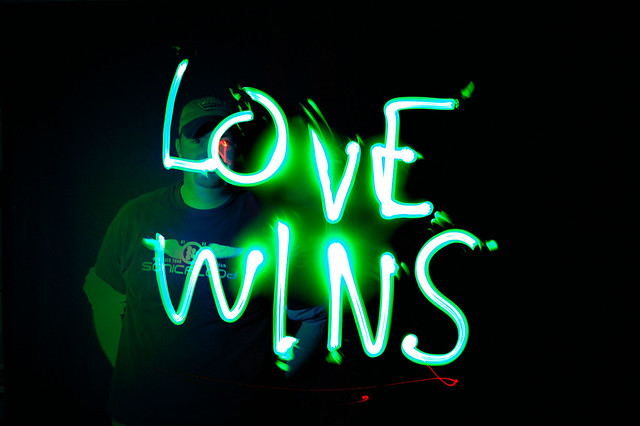 Chris Hedges reads from his book Empire of Illusion at the Ottawa International Writers Festival.

END_OF_DOCUMENT_TOKEN_TO_BE_REPLACED

“As a Socialist, I can assure you Obama is not a Socialist.”  — Chris Hedges

Pulitzer-prize winning foreign correspondent Chris Hedges argues that our country is undergoing an economic, political and moral collapse. He says most Americans “cannot differentiate between lies and truth” because they’ve abandoned literacy and print culture.

Guest Chris Hedges: author most recently of the book, “Empire of Illusion: The End of Literacy and the Triumph of Spectacle 2009. He’s also the author of “War is a Force that Gives Us Meaning” 2003.

END_OF_DOCUMENT_TOKEN_TO_BE_REPLACED

“We have to break the back of the consumer economy,” Hedges said. “70 percent of our economy is driven by consumption. We have to cripple our money flow to the extent that we can build a popular movement that counters the corporate rape of the country that is furthered both by the Democrats and the Republicans – the better off we’ll be. Many people are disillusioned by Obama and quite rightly so. But whether that means that they will take the active step to step outside the system and to fight, that is unknown.”

END_OF_DOCUMENT_TOKEN_TO_BE_REPLACED

Chris Hedges gives us a quick sketch of his latest book “Empire of Illusion: The End of Literacy and the Triumph of Spectacle”. He discusses the real role of the US media as one of the main culprits in promoting a sense of exceptionalism by disseminating fantasy, and poisoning civil and political discourse with entertainment and trivia. He talks about the spectacle surrounding Barrack Obama’s presidential campaign and his function as a brand just like any other commercial commodity brand advertised and promoted by corporations, the last decade’s coup d’état in slow motion, and much more!

END_OF_DOCUMENT_TOKEN_TO_BE_REPLACED

Chris Hedges reads from his book “Empire of Illusion” at the Ottawa International Writers Festival.

END_OF_DOCUMENT_TOKEN_TO_BE_REPLACED

Chris Hedges, who wrote Empire of Illusion examines America’s identity crisis in an age of consumerism and spectacle.

Chris Hedges sees, in America, a nation that has lost its way. He sees a country that places prosperity above principle, celebrity above substance, spectacle above nuance and introspection. He sees a “timid, cowed, confused” populace disconnected from language, governed by consumerism, ambivalent toward the common good, enamored by an American myth that has no basis in the American reality.

“We are a culture that has been denied, or has passively given up, the linguistic and intellectual tools to cope with complexity, to separate illlusion from reality,” Hedges writes in his new book, “Empire of Illusion: The End of Literacy and the Triumph of Spectacle.” “We have traded the printed word for the gleaming image. Public rhetoric is designed to be comprehensible to a ten-year-old child or an adult with a sixth-grade reading level.

via Author warns of pageantry’s perils

Chris Hedges: How will we cope with our decline?

Addicted to Nonsense by Chris Hedges

Chris Hedges: Empire of Illusion: The End of Literacy and the Triumph of Spectacle

In case you missed this talk by Hedges on this post: Chris Hedges: Empire of Illusion – The Cult of Self 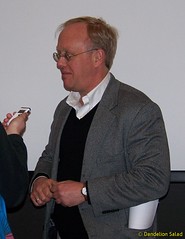 The Binghamton Regional Sustainability Coalition coordinated a week long series of events leading up to the International Day of Climate Action on October 24, 2009 as a part of the international campaign being organized by 350.org.

END_OF_DOCUMENT_TOKEN_TO_BE_REPLACED

Welcome to the Tipping Point! The End Times. The Bizarro Hall of Mirrors. The Funny Farm. The Monkey House.

If you’re looking for one of those treacly Oprah books—The Secret, and its variants—avoid this one. Those books nourish like potato chips and leave most people more confused, more desperate, more thirsty for fantasies than before. No amount of wishing, earnest yearning, visualizing and New Age mysticism is going to get us out of the morass we’re in. In Empire of Illusion, Chris Hedges takes a sober look down our hall of distorting mirrors. The son of a minister, with a degree in theology from Harvard, a columnist for Truthdig.com, Hedges has worked as a foreign correspondent in Central America, the Middle East, Africa and the Balkans. His books include War Is a Force That Gives Us Meaning and American Fascists. He was part of the New York Times team that won the 2002 Pulitzer Prize for the paper’s coverage of global terrorism. Here are some of the pertinent facts he contemplates: