END_OF_DOCUMENT_TOKEN_TO_BE_REPLACED

Host Chris Hedges talks to journalist and author Stephen Kinzer about efforts by Riyadh and Washington to cripple Iran’s economy, inevitably putting Saudi Arabia, its Gulf allies and Washington on a collision course with the Islamic republic that could end in war.

END_OF_DOCUMENT_TOKEN_TO_BE_REPLACED

With Will Griffin
Writer, Dandelion Salad
The Peace Report
December 17, 2018

Clearly, the Republican party is one of the most dangerous organizations on this planet so I won’t need to convince any reasonable minded person of that argument. Yet, I see an American populace swept up in the Blue Wave in another attempt to reform the Democrat Party. But the Dems are the problem because they pacify the nation and we keep forgetting that they are capitalists. It is fundamental to understand that capitalists will never give up their power, especially through elections. […]

END_OF_DOCUMENT_TOKEN_TO_BE_REPLACED

Former UN envoy to Yemen, Jamal Benomar, has given an undiplomatic assessment of the crisis in that country, in which he rhetorically explodes Saudi myths “justifying” the US-backed aerial bombing campaign. The Moroccan diplomat told media at the weekend that the ongoing conflict was a direct result of Houthi rebels having been excluded from the political process last year.

END_OF_DOCUMENT_TOKEN_TO_BE_REPLACED 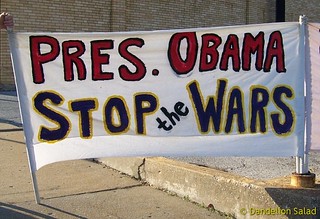