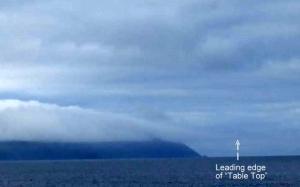 Typical foggy weather on Mull of Kintyre that was prevailing when Chinook ZD576 went down. Note how official British inquiries misrepresented poor visibility.

For 17 years the British authorities have lied about the fatal RAF helicopter crash on the Mull of Kintyre in which 25 senior counterinsurgency personnel were killed. Now Global Research reveals new evidence showing that the loss of life was an intentional act of sabotage.

END_OF_DOCUMENT_TOKEN_TO_BE_REPLACED

WASHINGTON, Oct 13, 2011 (IPS) – While the administration of Barack Obama vows to hold the Iranian government “accountable” for the alleged plot to assassinate the Saudi ambassador in Washington, the legal document describing evidence in the case provides multiple indications that it was mainly the result of an FBI “sting” operation.

END_OF_DOCUMENT_TOKEN_TO_BE_REPLACED

From Academy Award® nominated filmmaker, Charles Ferguson (“No End In Sight”), comes INSIDE JOB, the first film to expose the shocking truth behind the economic crisis of 2008. The global financial meltdown, at a cost of over $20 trillion, resulted in millions of people losing their homes and jobs. Through extensive research and interviews with major financial insiders, politicians and journalists, INSIDE JOB traces the rise of a rogue industry and unveils the corrosive relationships which have corrupted politics, regulation and academia. Narrated by Academy Award® winner Matt Damon, INSIDE JOB was made on location in the United States, Iceland, England, France, Singapore, and China.