On the show this week Chris Hedges talks to Joe Lauria, editor of Consortium News, about his coverage of US prosecutors in London attempting to extradite Julian Assange to the United States to face trial for allegations of espionage.

END_OF_DOCUMENT_TOKEN_TO_BE_REPLACED 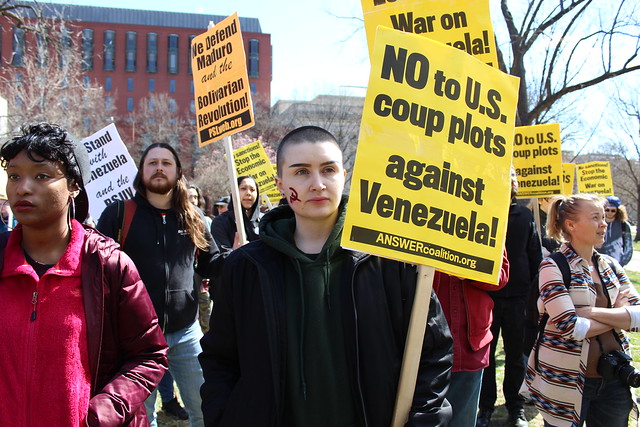 US Hands Off Venezuela Speakers

Full HD 60p version of speakers at the March 16 protest opposing US aggression and interference against Venezuela.

END_OF_DOCUMENT_TOKEN_TO_BE_REPLACED

with John Pilger and Joe Lauria

END_OF_DOCUMENT_TOKEN_TO_BE_REPLACED

Chris Hedges and Joe Lauria, journalist and editor-in-chief, Consortium, discuss efforts to force WikiLeaks publisher, Julian Assange, out of the Ecuador Embassy in London and extradite him to the USA to stand trial.

END_OF_DOCUMENT_TOKEN_TO_BE_REPLACED 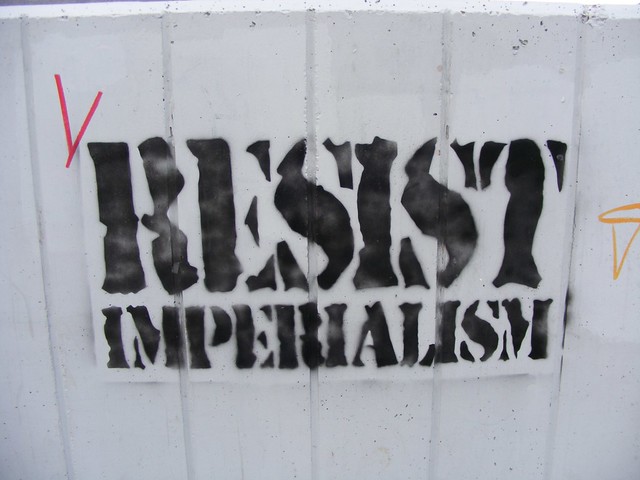 William Blum takes on the Washington Post again, in the person of columnist Max Boot, formerly of the Wall Street Journal

END_OF_DOCUMENT_TOKEN_TO_BE_REPLACED

“The statesmen will invent cheap lies, putting the blame upon the nation that is attacked, and every man will be glad of those conscience-soothing falsities, and will diligently study them, and refuse to examine any refutations of them; and thus he will by and by convince himself the war is just, and will thank God for the better sleep he enjoys after this process of grotesque self-deception.” — Mark Twain towards the end of 19th century

END_OF_DOCUMENT_TOKEN_TO_BE_REPLACED

Republished with permission by the author.

The U.S. Senator who divulged the Pentagon Papers in Congress says Edward Snowden and other citizens with access to classified information should have the same immunity as members of Congress to make public secret documents exposing government wrongdoing.

Before Daniel Ellsberg, American’s most important whistleblower until Snowden, leaked the Pentagon Papers in 1971 to The New York Times and The Washington Post, he went to Congress to find a Senator willing to make the Papers public.

END_OF_DOCUMENT_TOKEN_TO_BE_REPLACED

Mike Gravel and Joe Lauria. A Political Odyssey: The Rise of American Militarism and One Man’s Fight to Stop It. 2008. Seven Stories Press.

When I finished reading the last pages of this book, I had to sit still and think about several discoveries. It is difficult for me to truly believe that I can actually like a life story, way of thinking, and actions of a high-level American politician. I come from a country, generation, and professional environment that didn’t encourage any naiveté about politics of any country. And we certainly didn’t grow up embracing any myths about the most significant characteristics of the global empire. END_OF_DOCUMENT_TOKEN_TO_BE_REPLACED

Joe Lauria is back from his three month long trip to the Middle East, which included, among others, Jordan, Lebanon, Syria, Saudi Arabia, Egypt, Bahrain, and Israel, and shares with us his impressions and analyses on the uprisings in some of these countries, especially in Egypt, where he spent the most time. He discusses the upcoming vote on Palestinian UN membership next month, and the possible implications of planned demonstrations by Palestinians and sympathetic Israelis inspired by the recent nonviolent protests in the region. END_OF_DOCUMENT_TOKEN_TO_BE_REPLACED

Joe Lauria relates the latest developments in the United Nations, including the controversies involving the elections in Afghanistan, the removal of Peter Galbraith, and the liability of having an American as the second man in office. He discusses the recent UN report on the Taliban’s funding, including heroin related funds and associated outcomes, the chronic and widespread corruption within the Afghan government, and President Obama’s dilemma when it comes to Af-Pak. The interview also includes his perspective on factors contributing to the fading away of the traditional roles of the press in the US, the media blackout on ‘deep politics,’ shortcomings of amateur news blogs, and more!

END_OF_DOCUMENT_TOKEN_TO_BE_REPLACED

If you didn’t know who Randy Scheunemann was until the New York Times wrote about him Thursday morning I bet he and John McCain preferred it that way. He is a lot more than just a former lobbyist for Georgia.