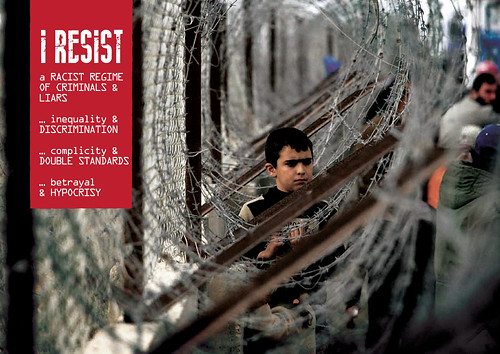 Image via Never Before Campaign for Palestine via Flickr

In this episode of Days of Revolt, host Chris Hedges sits down with author and activist Laila el­Haddad to discuss life in Gaza under Israeli occupation. Together, they recall the psychological repression caused by inhumane conditions and Israeli state violence, particularly against Gaza’s youth, and discuss the importance of faith in maintaining a sense of dignity, courage, and hope for Gazans. teleSUR

END_OF_DOCUMENT_TOKEN_TO_BE_REPLACED

Co-Authors, Laila El-Haddad and Maggie Schmitt prepare a Dagga Salad and talk about the making of Gaza Kitchen. Go to GRITtv.org to see the full story.

“Under blockade from Israel and blocked off by Egypt, the sliver of land that is the Strip is most often seen in the West (when it’s seen at all), as a war zone or a humanitarian disaster, but the place is more than its pain. As Schmitt and El-Haddad show us, Gaza is also its food, it’s culture; not only what’s been lost, but also what is deliciously surviving.”