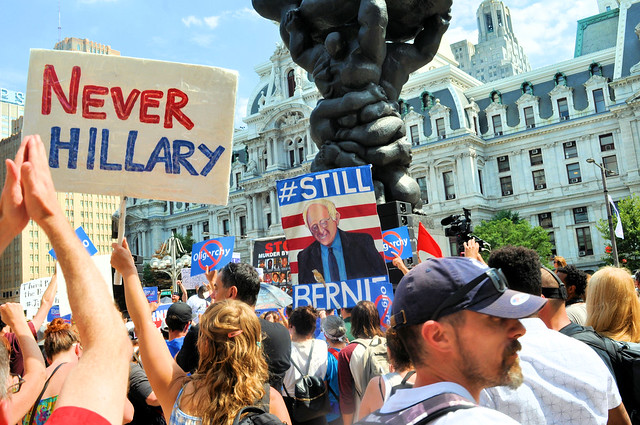 END_OF_DOCUMENT_TOKEN_TO_BE_REPLACED

On May 30 the two officials most in charge of the U.S.’s formidible global military machine, Defense Secretary Leon Panetta and Chairman of the Joint Chiefs of Staff General Martin Dempsey, visited Pacific Command headquarters in Hawaii to launch multi-nation tours of the Asia-Pacific region and formally commence the announced shift of American military concentration and assets to the area.

END_OF_DOCUMENT_TOKEN_TO_BE_REPLACED

U.S. Secretary of War Leon Panetta is making a tour of the Asia-Pacific where he is pumping up the next military conflict.  Yesterday I heard he was in Vietnam trying to close a deal to allow the U.S. Navy to once again have access to the base at Cam Ranh Bay.

Before leaving on this trip Panetta made the speaking rounds back home to consolidate U.S. media and build public support for Obama’s “pivot” into the Asia-Pacific.  END_OF_DOCUMENT_TOKEN_TO_BE_REPLACED

END_OF_DOCUMENT_TOKEN_TO_BE_REPLACED

I’ve spent my entire adult life trying to reign in the Pentagon budget in order that social progress could be maintained and flourish across the land.

END_OF_DOCUMENT_TOKEN_TO_BE_REPLACED END_OF_DOCUMENT_TOKEN_TO_BE_REPLACED

Putting Syria into some perspective

The Holy Triumvirate — The United States, NATO, and the European Union — or an approved segment thereof, can usually get what they want. They wanted Saddam Hussein out, and soon he was swinging from a rope. They wanted the Taliban ousted from power, and, using overwhelming force, that was achieved rather quickly. They wanted Moammar Gaddafi’s rule to come to an end, and before very long he suffered a horrible death. Jean-Bertrand Aristide was democratically elected, but this black man who didn’t know his place was sent into distant exile by the United States and France in 2004. Iraq and Libya were the two most modern, educated and secular states in the Middle East; now all four of these countries could qualify as failed states.

END_OF_DOCUMENT_TOKEN_TO_BE_REPLACED

WASHINGTON/KABUL, Feb 20, 2012 (IPS) – Nearly a year after the Barack Obama administration began negotiations with the government of Afghan President Hamid Karzai on a U.S. military presence in Afghanistan beyond 2014, both sides confirmed last week that the talks are still hung up over the Afghan demand that night raids by U.S. Special Operations Forces (SOF) either be ended or put under Afghan control.

END_OF_DOCUMENT_TOKEN_TO_BE_REPLACED

Thanks to a subservient mainstream media, we are now fed a constant diet of preposterous double-think from American political leaders and their Israeli minions with regard to Iran and its alleged threat to world security.

In this inadvertently valuable service, the pliant uncritical mainstream media is giving full vent to the most outrageous drivel dressed up as serious discourse. By acting as mouthpieces rather than critical interlocutors, the media are allowing such political figures to indict themselves with their own baseless, contradictory and hypocritical words.

END_OF_DOCUMENT_TOKEN_TO_BE_REPLACED

The Lord High Almighty Pooh-Bah of threats. The Grand Ayatollah of nuclear menace.

As we all know only too well, the United States and Israel would hate to see Iran possessing nuclear weapons. Being “the only nuclear power in the Middle East” is a great card for Israel to have in its hand. But — in the real, non-propaganda world — is USrael actually fearful of an attack from a nuclear-armed Iran? In case you’ve forgotten …

END_OF_DOCUMENT_TOKEN_TO_BE_REPLACED

During an interview last month on CBS’ Face the Nation, Secretary of Defense Leon Panetta set the record straight on Iran: “Are they trying to develop a nuclear weapon? No.” But if you read recent news reports lately, you’d think otherwise.

The media coverage on Iran is mirroring the coverage in the lead-up to the Iraq war: grand claims about a smoking gun that doesn’t exist. END_OF_DOCUMENT_TOKEN_TO_BE_REPLACED

WASHINGTON, Feb 4, 2012 (IPS) – When Defence Secretary Leon Panetta told Washington Post columnist David Ignatius this week that he believes Israel was likely to attack Iran between April and June, it was ostensibly yet another expression of alarm at the Israeli government’s threats of military action.

END_OF_DOCUMENT_TOKEN_TO_BE_REPLACED

WASHINGTON, Jan 11, 2012 (IPS) – U.S. Secretary of State Hillary Rodham Clinton’s charge Tuesday that Iran had intended to keep the Fordow site secret until it was revealed by Western intelligence revived a claim the Barack Obama administration made in September 2009.

END_OF_DOCUMENT_TOKEN_TO_BE_REPLACED

Based on a “Flashpoints” interview with Dennis Bernstein & Dave Lindorff.