“Two years ago, Pulitzer Prize winner Chris Hedges and award-winning cartoonist and journalist Joe Sacco set out to take a look at the sacrifice zones, those areas in America that have been offered up for exploitation in the name of profit, progress, and technological advancement. END_OF_DOCUMENT_TOKEN_TO_BE_REPLACED For the uninitiated, the convenience of fiat money is that you can make it out of air with transferences of numbers from the red to the black side of the accounting page, adding usurious interest if you’re the Fed. END_OF_DOCUMENT_TOKEN_TO_BE_REPLACED

Before Osama’s body was cold, it seems, murdered by Navy SEALs in his bedroom, shot in the face assassination style, before his family, Obama was running down on May 5, 2011 to Ground Zero to pump hands with victim families (50 people in 60 minutes) at “private” family tables, providing the personal touch, running off to lunch at the firehouse that lost the most firefighters (15) on 9/11, then conducting a moment of silence at Ground Zero, and muttering the cliché “We will never forget.” Nor will we the people forget, who bought Obama’s line of “change” and voted for him to stop (not increase) “the dumb wars,” withdraw from Afghanistan and fight the financial bloodsuckers with biting legislation that would kill corruption not an untried enemy combatant.

END_OF_DOCUMENT_TOKEN_TO_BE_REPLACED

As pointed out in 911jobforums, as the death toll of first responders nears 1,000, local politicians are demanding that autopsy standards be developed to pinpoint the causes. The number of Ground Zero first responders has risen past 916 to date, yet oddly no one knows what really killed them.

Permit me to make some suggestions regarding the poisons those responders who died carried in them, and those that survived may be carrying with them now. These are based on the excellent film documentary, Dust To Dust—The health effects of 9/11, made by Heidi Dehncke-Fisher, a film I reviewed in 911’s second round of slaughter.

END_OF_DOCUMENT_TOKEN_TO_BE_REPLACED

It was Abraham Lincoln who followed his Constitutional right to coin a US currency. President Lincoln created US Greenbacks from 1862–1871, printed by the US mint, delivered to the US Treasury to conduct and pay off the Civil War debt. Yet, after his tragic (if not related) assassination, the country returned and departed again from private banking systems.

President William McKinley, as Ellen Brown writes in her fine book, The Web of Debt, “was a protectionist who favored high tariffs to keep these marauding British free-traders out” and pay for a US Government currency. “When he was assassinated in 1901, no conspiracy was proved; but some suspicious commentators saw the invisible hand of British high finance at work.” And so the battle continued.

END_OF_DOCUMENT_TOKEN_TO_BE_REPLACED 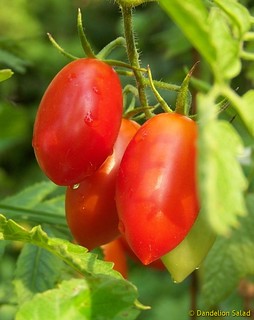 END_OF_DOCUMENT_TOKEN_TO_BE_REPLACED

The larger tax-cut deal Obama made with congressional Republicans contains a built in time bomb to help blow Social Security away, as was pointed out by Senate Democrats and other backers of the only public pension and disability plan seniors have, Social Security, which started paying in 1940, 70 years ago, thanks to FDR.

Obama, with the devil at his back, put in place a nearly 30 percent cut in the payroll tax, by reducing the portion for Social Security from 6.2 percent to 4.2 percent. He allowed it to expire in a year and that means workers will see a nearly 50 percent increase in payroll taxes as the rate comes back in place, which will be seen by and described by workers as a tax hike. The “small” cut is going to cost an estimated $120 billion per year.

END_OF_DOCUMENT_TOKEN_TO_BE_REPLACED

It turns out that Russian businessman and former Russian Army officer Victor Bout freed by a Thai lower court in August 2009, after being caught up in a US sting operation, was declared guilty a year later in a Thai court of appeals, and whisked via extradition to the US. The reversal means he could face charges of smuggling arms and supporting terrorists, which could mean life in prison.

END_OF_DOCUMENT_TOKEN_TO_BE_REPLACED

Ex-Russian Air Force officer Viktor Bout, accused of selling weapons to insurgents across the world for two decades, has been extradited to the US to face terrorism charges. Bout was flown from Bangkok to New York Wednesday and directed to the Metropolitan Correction Center in lower Manhattan and appeared in Federal Court yesterday.

Touted as “The Merchant of Death,” Bout, according to the Wall Street Journal, pleaded not guilty to charges that he agreed to supply Colombian terrorists with weapons with the intent to kill Americans.” An earlier, updated NY1 story included accusations that Bout provided support to “groups in Africa, South America, and the Middle-East who tried to kill Americans,” the recurring theme.

END_OF_DOCUMENT_TOKEN_TO_BE_REPLACED

Miracle of miracles, memories of an even younger, crusading Rivera talking on his show, Geraldo at Large on Fox News about the “Building What?” TV ad campaign!

Geraldo began with the standard reference to all those edgy protestors who rallied in front of Larry Silverstein’s new Building 7, shouting “9/11 was an inside job.” He added “c’mon, get a life.” But then, lo, he turned the phrase to say perhaps these protestors weren’t so nutty after all.

END_OF_DOCUMENT_TOKEN_TO_BE_REPLACED

Most people don’t realize that when they board a public bus or subway that a form of socialism is carrying them to their destination. The city government owns the means of travel for no-profit but to help build the infrastructure of the city and thus to make it prosper. No armbands, flags, lapel pins, buttons or streamers are necessary to herald the state as you ride to your destination. You pay your fare, you get your ride.

END_OF_DOCUMENT_TOKEN_TO_BE_REPLACED

Judging from the mid-term elections, it is the lack of jobs for the unemployed, and the creation of any more taxes for anyone. Yet curiously, one of the first things Republican leaders asked of President Obama was to lower government spending, which he should do, but then to continue the Bush-era tax cuts for the rich, equating to more than $700 billion, before they expire at the end of the 2010, which he shouldn’t do. Now, why would these newly crowned protectors of the people and their Tea Party friends want that—unless they favor the rich.

END_OF_DOCUMENT_TOKEN_TO_BE_REPLACED

In reality, a corporation is a legal, chartered apparatus that allows a group of persons to organize a profit or not-for-profit business, outlining its products or services to be offered, its assets, and providing protection in times of loss to file for bankruptcy, making liabilities finite in relation to known corporate assets, and not the “personal” responsibility of corporate officials.

END_OF_DOCUMENT_TOKEN_TO_BE_REPLACED

The Bavis family, after filing for a trial in 2002, has finally received the first and only civil trial for their son, Mark, who died on United Airlines Flight 175 that hit Tower 2 on 9/11/2001. There was mention, too, in the New York Times that “Court approval is likely soon in the settlement of a case involving Louis Mariani, who was also on that flight.” His widow Ellen Mariani has yet to receive a trial or settlement.

A hockey player and coach himself, Mark Bavis, was a scout for the Los Angeles Kings hockey team, the reason he was on that fateful flight 175 to L.A. Now, after years of refusing a settlement from the Victims Compensation Fund, the Bavis family has its day in court to further understand what happened on that day with Logan Airport’s and United Airlines’ safety standards. The money, according to Mark’s twin brother, Michael, “was never an issue for them.” Closure was.