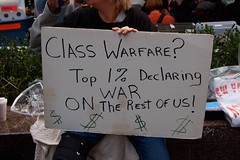 Julian Assange makes his first public appearance in two months, ever since he took refuge in the Ecuadorian embassy in London. The WikiLeaks founder was granted political asylum on Thursday — a decision that ignited a wave of international responses, with the UK and Sweden opposing the verdict and Latin American countries strongly supporting Ecuador’s move. END_OF_DOCUMENT_TOKEN_TO_BE_REPLACED