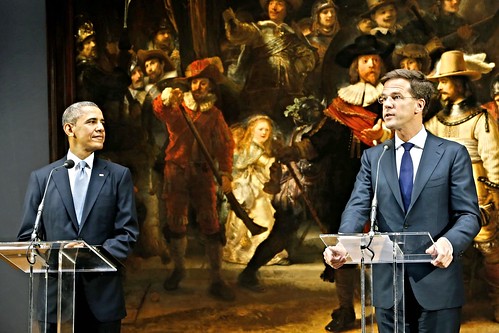 END_OF_DOCUMENT_TOKEN_TO_BE_REPLACED

About 75% of Iceland’s voters turned out on Saturday to reject the Social Democratic-Green government’s proposal to pay $5.2 billion to the British and Dutch bank insurance agencies for the Landsbanki-Icesave collapse. Every one of Iceland’s six electoral districts voted in the “No” column – by a national margin of 60% (down from 93% in January 2010).

The vote reflected widespread belief that government negotiators had not been vigorous in pleading Iceland’s legal case. The situation is reminiscent of World War I’s Inter-Ally war debt tangle. Lloyd George described the negotiations between U.S. Treasury Secretary Andrew Mellon and Stanley Baldwin regarding Britain’s arms debt as “a negotiation between a weasel and its quarry. END_OF_DOCUMENT_TOKEN_TO_BE_REPLACED

Every week Max Keiser looks at all the scandal behind the financial news headlines.

This week Max Keiser and co-host Stacy Herbert name the top five themes to look for in 2010: the second leg of the financial crisis; crime will continue to pay; sovereign debt crises, real wars and fake wars. Keiser also speaks to Icelandic activist Johannes G. Skulason about his campaign to thwart the efforts by the UK and Netherlands to force citizens of Iceland to pay for the crimes of their banks.

END_OF_DOCUMENT_TOKEN_TO_BE_REPLACED

Mérida, December 18th 2009 (Venezuelanalysis.com) – During a meeting with trade unions, political organizations, and social movement leaders in Copenhagen, Denmark on Thursday, Venezuelan President Hugo Chavez accused the Netherlands of allowing the United States military to plan a future attack against Venezuela from its island territories in the Caribbean, known as the Dutch Antilles.

“I am accusing the Kingdom of the Netherlands together with the Yankee empire of preparing a military aggression against Venezuela,” said Chavez, who came to Copenhagen to participate in the XV United Nations International Conference on Climate Change this week.