After 10 years and three terms, Ecuador’s President Rafael Correa’s time in office has ended. Under his administration Ecuador made far-reaching economic and social gains, despite having inherited a country on the brink of collapse.

END_OF_DOCUMENT_TOKEN_TO_BE_REPLACED 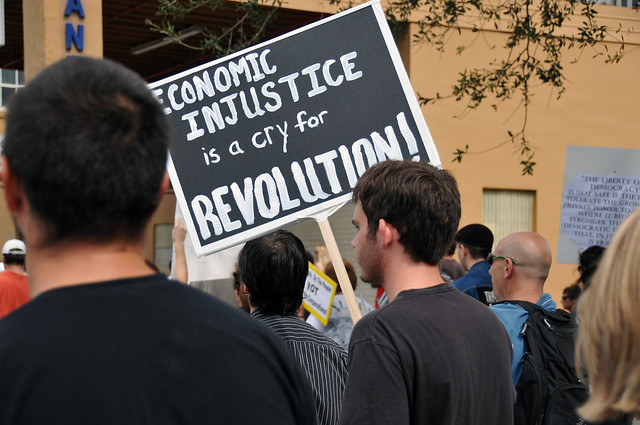 As part of the Empire Files investigation into Chevron’s pollution in the Amazon, Abby Martin interviews Guillaume Long, Ecuador’s Minister of Foreign Affairs.

END_OF_DOCUMENT_TOKEN_TO_BE_REPLACED

Sibel Edmonds is the founder and President of the National Security Whistleblowers Coalition (NSWBC), and runs the independent website Boiling Frogs Post. During her time working for the FBI in 2001-2002, she reported on serious acts of misconduct within the Bureau, and was subsequently retaliated against, and fired. After a long battle, she published the book Classified Woman: The Sibel Edmonds Story, earlier this year. Her courage and willingness to fight for justice are traits that are to be admired, and we were very pleased to have the opportunity to speak with her on the podcast. END_OF_DOCUMENT_TOKEN_TO_BE_REPLACED

The following is a podcast interview I did on the Boiling Frogs Show, hosted by radio host Peter B. Collins and former FBI agent-turned-whistle-blower-and-activist Sibel Edmonds.

This is part I of our interview series on the New World Order.

END_OF_DOCUMENT_TOKEN_TO_BE_REPLACED

While I fully endorse the efforts and actions of the Occupy Wall Street protests, now emerging internationally, there are concerns which need to be addressed and kept in mind as the movement moves forward.

The process through which a potentially powerful movement may be co-opted and controlled is slight and subtle. If Occupy Wall Street hopes to strive for the 99%, it must not submit to the 1%, in any capacity.

END_OF_DOCUMENT_TOKEN_TO_BE_REPLACED

I am not a big fan of ‘one size fits all.’ I do not subscribe to ‘everything is either black or white.’ I usually refrain from hasty labeling and categorization based on too few facts. With that said, and with no hesitation, I am about to tell you a classic story applicable to most, if not all, multi-million dollar profitable nonprofit  watchdog organizations with mega corporate-foundation sugar daddies. END_OF_DOCUMENT_TOKEN_TO_BE_REPLACED