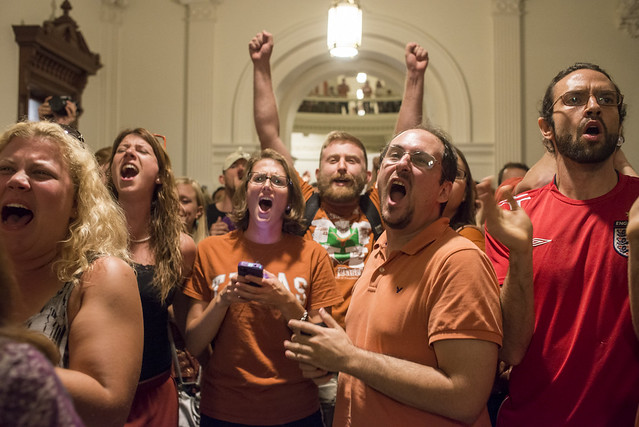 Updated: Just a note: wearing an orange t-shirt, sweatshirt, jacket, whatever wouldn’t be considered “political attire” as far as the elections laws regarding the 25 foot rule on electioneering near polling places.  ~ DS