This is part 2 of the series, “Class War and the College Crisis.”

In Part 1 of this series, I examined the elite assault on education – through the Chamber of Commerce, right-wing think tanks, and the Trilateral Commission – which arose in response to the massive social and political activist movements of the 1960s. The threat of popular democratic participation – that is, active and activist participation of the population in the decision-making process of a community or nation – was too much to bear. The fact that a significant degree of this activism had been mobilizing from the universities was enough reason for elites to declare a “crisis of democracy” and demand more apathy, complacency, and pacification from the population, more authority for themselves, and more control over the society as a whole. END_OF_DOCUMENT_TOKEN_TO_BE_REPLACED

Once again in election season the drums of patriotism are being beaten. Politicians on the stump and their Madison Avenue flacks are exhorting us to rally around the tattered flag. Their drumming sounds feeble and hollow, though, like cheerleaders trying to rouse the fans while the team goes down to defeat.

END_OF_DOCUMENT_TOKEN_TO_BE_REPLACED

I believe the problem is it’s just very difficult for some people to grasp the concept that there is only one race and that is the human race. I think our battle with the powers that be which is in the hands of a few multinational corporations and banks would be much easier to overcome if we could just get over loving a nation more than loving people.

END_OF_DOCUMENT_TOKEN_TO_BE_REPLACED

We’re really all in this together,
Every color, gender and age,
To help each other survive
The fierce storms which will soon rage.

Storms of money and climate and fear
Will threaten to drive us apart,
So we must always remember
Deep in both mind and heart

END_OF_DOCUMENT_TOKEN_TO_BE_REPLACED How hype, fear, and mindless flag-waving are supplanting informed debate, commitment to democracy, and real patriotism.

“In this skillfully argued book . . . with wit and humor and penetrating analysis, Parenti invites the reader to connect the dots.” — Rufus Browning, co-author of Protest Is Not Enough

END_OF_DOCUMENT_TOKEN_TO_BE_REPLACED 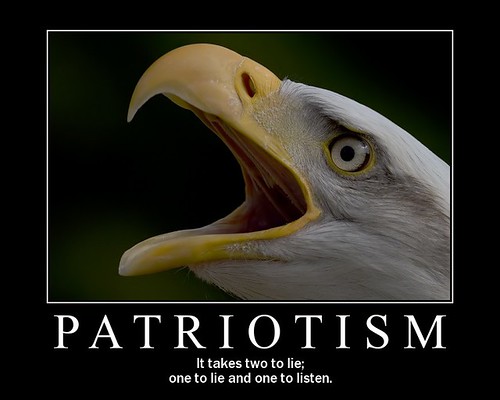