It takes a lot for anything anybody in the Insane Clown Trump administration says to get my attention these days. The longtime Exxon-Mobil CEO and current United State Secretary of State Rex Tillerson did the trick with these 48 words two days ago: “We are evaluating all of our policy options as to what can we do to create a change of conditions where either Maduro decides he doesn’t have a future and wants to leave of his own accord or we can return the government processes back to their constitution.”

END_OF_DOCUMENT_TOKEN_TO_BE_REPLACED 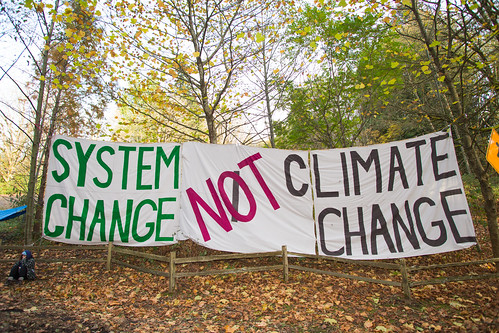 The Secretary of State stopped short of linking climate change to human activity, when he signed the Fairbanks Document this week in Alaska. But Janet Redman of Oil Change International says the Trump Administration is still denying the urgency of the warming planet.