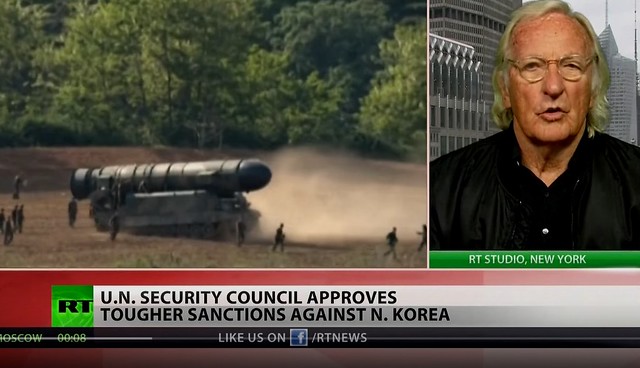 Investigative journalist and documentary filmmaker John Pilger tells RT America that US is to blame for putting the world on the brink of nuclear war. The rest of the world is mostly alarmed by the US, not North Korea. Sanctions will never work in deescalating the situation, he adds.

END_OF_DOCUMENT_TOKEN_TO_BE_REPLACED

Diplomats from an unidentified country and a Washington research organisation considered close to the International Atomic Energy Agency have alleged in recent weeks that Iran has covered two buildings at a military site to hide a clean-up of evidence of nuclear weapons related testing.

END_OF_DOCUMENT_TOKEN_TO_BE_REPLACED

WASHINGTON, Nov 19, 2011 (IPS) – A former inspector for the International Atomic Energy Agency (IAEA) has repudiated its major new claim that Iran built an explosives chamber to test components of a nuclear weapon and carry out a simulated nuclear explosion.

The IAEA claim that a foreign scientist – identified in news reports as Vyacheslav Danilenko – had been involved in building the alleged containment chamber has now been denied firmly by Danilenko himself in an interview with Radio Free Europe published Friday.