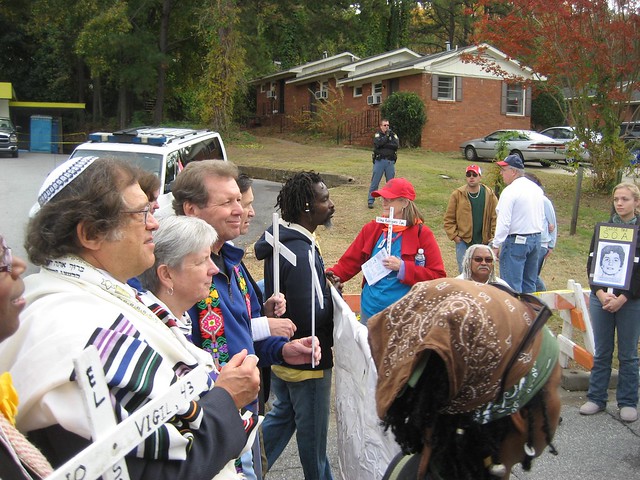 When one makes a commitment to become a Christian, he, or she, if they are serious, are required to lift and bear the cross. This is not a rhetorical feign.

END_OF_DOCUMENT_TOKEN_TO_BE_REPLACED

“This 2-hour 28-minute video compilation by Frank Dorrel is an excellent and invaluable educational tool that reveals the true nature of U.S. foreign policy. It’s been seen in many classrooms, churches, home screenings, on cable TV and shown by many Peace and Justice organizations.

END_OF_DOCUMENT_TOKEN_TO_BE_REPLACED

The ousted Honduran President Manuel Zelaya is expected to meet with US diplomats in Washington today before attempting to return to Honduras Thursday, five days after being deposed by a military coup. Meanwhile, the streets in Honduras remain tense, and the crackdown on the media has reportedly not been lifted. We go to Honduras to speak with human rights activist, Dr. Juan Almendares. [includes rush transcript]

END_OF_DOCUMENT_TOKEN_TO_BE_REPLACED

A military coup has taken place in Honduras this morning (Sunday, June 28), led by School of the Americas (SOA) graduate Romeo Vasquez. In the early hours of the day, members of the Honduran military surrounded the presidential palace and forced the democratically elected president, Manuel Zelaya, into custody. He was immediately flown to Costa Rica.

END_OF_DOCUMENT_TOKEN_TO_BE_REPLACED

We speak with Roy Bourgeois, a Maryknoll priest. He took part in a ceremony this summer to ordain a member of the group called Roman Catholic Womenpriests. For the past two decades, he has organized the annual protest against the US Army’s School of the Americas at Fort Benning, Georgia. [includes rush transcript]