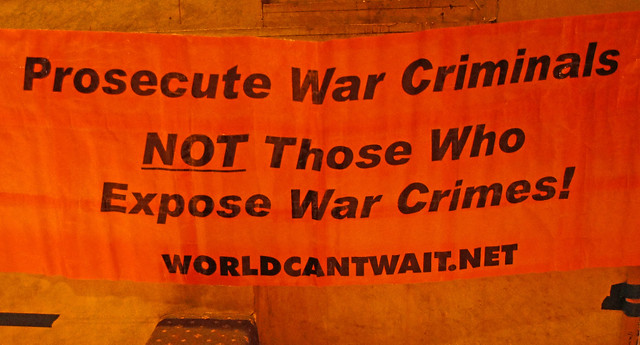 END_OF_DOCUMENT_TOKEN_TO_BE_REPLACED

Massacre Caught on Tape: US Military Confirms Authenticity of Their Own Chilling Video Showing Killing of Journalists

The US military has confirmed the authenticity of newly released video showing US forces indiscriminately firing on Iraqi civilians. On Monday, the website WikiLeaks.org posted footage taken from a US military helicopter in July 2007 as it killed twelve people and wounded two children. The dead included two employees of the Reuters news agency, photographer Namir Noor-Eldeen and driver Saeed Chmagh. We speak with WikiLeaks co-founder Julian Assange and Salon.com blogger Glenn Greenwald. [includes rush transcript]