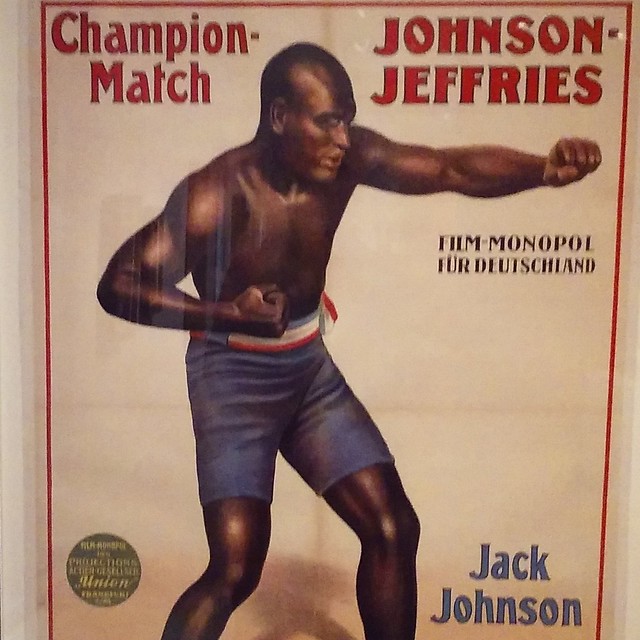 On the show this week, Chris Hedges talks to Professor Gerald Horne about the importance of boxing in the shattering of white supremacy.

END_OF_DOCUMENT_TOKEN_TO_BE_REPLACED

In case you missed this from last year posted at the end of an article. Merry Christmas!

END_OF_DOCUMENT_TOKEN_TO_BE_REPLACED

Sam Husseini interviews Said Yousif al-Muhafda, who was jailed for his twitter activism, about arrests, mass teargassing and use of shotguns to suppress peaceful protest.

END_OF_DOCUMENT_TOKEN_TO_BE_REPLACED

On January 30, 2013, an unusual front-page story appeared prominently in The Washington Post about a small D.C. charity called Martha’s Table that serves meals to 1,100 people a day, has early-childhood and after-school programs, and provides other community-enriching programs. Among its distinctions is a giant volunteer corps of, according to the Post, “10,000 school kids, poor people and the occasional president who chops vegetables and builds sandwiches.” Fascinating!

END_OF_DOCUMENT_TOKEN_TO_BE_REPLACED

Fraternities, sororities and football, along with other outsized athletic programs, have decimated most major American universities. Scholarship, inquiry, self-criticism, moral autonomy and a search for artistic and esoteric forms of expression—in short, the world of ethics, creativity and ideas—are shouted down by the drunken chants of fans in huge stadiums, the pathetic demands of rich alumni for national championships, and the elitism, racism and rigid definition of gender roles of Greek organizations. These hypermasculine systems perpetuate a culture of conformity and intolerance.  They have inverted the traditional values of scholarship to turn four years of college into a mindless quest for collective euphoria and athletic dominance.

END_OF_DOCUMENT_TOKEN_TO_BE_REPLACED

A Palestinian prisoner who has been on hunger strike for 89 days has denied claims by the Israel Prison Services that he had ended his protest.

“(Mahmoud) Sarsak ended his hunger strike,” IPS spokeswoman Sivan Weizman said, saying he had taken the decision to end his fast after consulting his lawyer and the prison administration.

END_OF_DOCUMENT_TOKEN_TO_BE_REPLACED

One of the biggest pro-democracy rallies took place in Bahrain this week, defying claims that more than a year of US-backed brutal repression has crushed the popular movement against the unelected Al Khalifa monarchy.

Crowds of up to 200,000 marched on the outskirts of the capital, Manama, on Monday for the funeral of well-known pro-democracy activist Salah Abbas Habib [see amateur video 1]. The 36-year old was killed last Friday by regime forces during protests held against the Persian Gulf island’s staging of the Formula One Grand Prix over the weekend.

END_OF_DOCUMENT_TOKEN_TO_BE_REPLACED

In case you don’t know, Michael Vick is the current starting quarterback for the Philadelphia Eagles, but while he was QB of the Atlanta Falcons, he was arrested, tried and convicted of running a dog-fighting ring that contained some of the most vile torture, cruelty, and death to mans’ “best-friend” that were tragically bred for Michael Vick’s sick and twisted pleasures.

After spending 23 months both in prison or under house arrest, Michael Vick was signed to play for the Philadelphia Eagles and he earned the position of starting QB with a seven million dollar, two-year contract.

END_OF_DOCUMENT_TOKEN_TO_BE_REPLACED

Imagine interviewing a woman who has done something that no other woman in the recorded history of the world has accomplished. The remarkable Roz Savage has rowed solo across the Atlantic and the Pacific Oceans. She intends to row solo across the Indian Ocean early next year starting in Perth, Australia. In 2012 she will row across the stormy North Atlantic arriving in time for the Olympics in London.

Why is she doing this, you might ask? Aren’t there easier ways to travel? What’s she trying to prove?

The answers to these questions start with the story of her early life. From a poor family, she attended Oxford, rowed on the college team, graduated into a ten year management consultant job, married, bought a nice house, a spiffy sports car, etc.

END_OF_DOCUMENT_TOKEN_TO_BE_REPLACED

As the Commonwealth Games open in Delhi, India, the controversy over sub-standard accommodation and facilities for the participating nations continues to rage.

Several weeks ago, visiting country delegates voiced concern over the shambolic state of the newly built facilities. Now, as the games open, the event promises to turn into an embarrassing fiasco for the Indian government, with glaring publicity on what is still being widely reported as filthy and shoddy conditions. Media reports say that cleaners and labourers are “working through the night” in order to salvage conditions at the so-called Games Village, where more than 7,000 athletes from over 70 countries are scheduled to stay for the 12-day sporting tournament.

END_OF_DOCUMENT_TOKEN_TO_BE_REPLACED

In February 2008, Clemens, a seven time Cy Young winner, voluntarily met with a House committee and testified he didn’t knowingly use steroids or human growth hormones. The only evidence against Clemens appears to be the testimony of his former trainer, Brian McNamee, who claims to have injected Clemens with the drugs about 40 times between 1998 and 2001. Clemens says he was led to believe the injections were Vitamin B-12 and an anesthetic, Lidocaine, both legal under Major League Baseball guidelines. McNamee cut a deal with the Department of Justice to avoid prosecution. Clemens could be sentenced to 30 years in prison.

END_OF_DOCUMENT_TOKEN_TO_BE_REPLACED

Writer/Director John Greyson is a Toronto artist and activist, whose feature films include Proteus, Un©ut, The Law of Enclosures, the AIDS musical Zero Patience, and Lilies, which won four Genies including Best Film, while The Making of Monsters and Urinal both previously won Teddies at the Berlin Film Festival. Currently teaching film at York University, he writes and lectures extensively, is the co-editor of the anthology Queer Looks, and is active in various media collectives and collaborations, including Rex Vs. Singh and the Olive Project. For more information see: http://yorku.ca/greyzone/figtrees/

END_OF_DOCUMENT_TOKEN_TO_BE_REPLACED

The skinny legged wide receiver with 4.7 speed (fast for a white guy in 1970), was running like “a thief from a grocery store” down the sidelines. It was a late Saturday morning in October. The pale blue cloudless sky suspended the sunny brilliance of this “Indian Summer” day. Such a contrast to the dirt brown city grass and the fire engine red of his uniform. His hands cradled the pigskin tucked close to his body. The only sound he could hear was the wind whistling through his sweaty helmet. The poorly arranged yard lines, white chalked like some giant checkerboard, passed below him rhythmically. In the distance, an empty end zone. His heart and mind raced along with his legs.

END_OF_DOCUMENT_TOKEN_TO_BE_REPLACED

With the close of the 2010 Winter Olympic Games in Vancouver, much of the media was quick to declare them a total success. This goes against the mounds of journalism produced before and during the games by the Vancouver Media Co-op, the city’s newly launched independent media center. Believing that their might be more than one answer regarding the success of the games, and one of those should come from the host communities, The Real News spoke to Franklin López, Video Producer with the Co-op, to find out more about the legacy of the 2010 Olympics for the people of Vancouver.

Produced by Jesse Freeston for the Real News