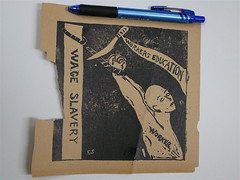 Michael Hudson’s new book The Bubble and Beyond has just been released and can be purchased via here.

Speech given at the Veblen, Capitalism and Possibilities for a Rational Economic Order Conference, Istanbul, Turkey, June 6th, 2012

Simon Patten recalled in 1912 that his generation of American economists – most of whom studied in Germany in the 1870s – were taught that John Stuart Mill’s 1848 Principles of Political Economy was the high-water mark of classical thought. However, Mill’s reformist philosophy turned out to be “not a goal but a half-way house” toward the Progressive Era’s reforms. Mill was “a thinker becoming a socialist without seeing what the change really meant,” Patten concluded. “The Nineteenth Century epoch ends not with the theories of Mill but with the more logical systems of Karl Marx and Henry George.[1] But the classical approach to political economy continued to evolve, above all through Thorstein Veblen.