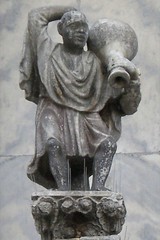 END_OF_DOCUMENT_TOKEN_TO_BE_REPLACED

Tom Woods joins us to discuss his latest article on the Phony Arguments for Presidential War Powers which has triggered intriguing reactions from the media on both sides of the isle. He provides us with historical background and a ‘real’ constitutional view of war making powers vested in US presidents, and tells us why the mainstream, left and right, usually proclaims the congressional power to declare war “obsolete.”  END_OF_DOCUMENT_TOKEN_TO_BE_REPLACED