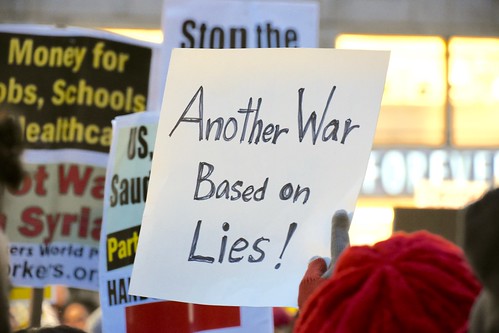 The shooting down of a Syrian fighter jet by US forces this week comes on the back of several aggressive actions by American military on the ground. Taken together the US actions mark an alarming escalation of intervention in the Syrian war – to the point where the Americans can be said to be now openly at war against Syria.

END_OF_DOCUMENT_TOKEN_TO_BE_REPLACED

He has been defying the Establishment gatekeepers and telling us the truth about what’s really going on in the world for over 50 years. He has covered wars around the world from Vietnam to Iraq, and is also an award-winning documentary filmmaker. For many, John Pilger is the journalists’ journalist, and he came into the Sputnik studio to give us his thoughts on the state of the press today.