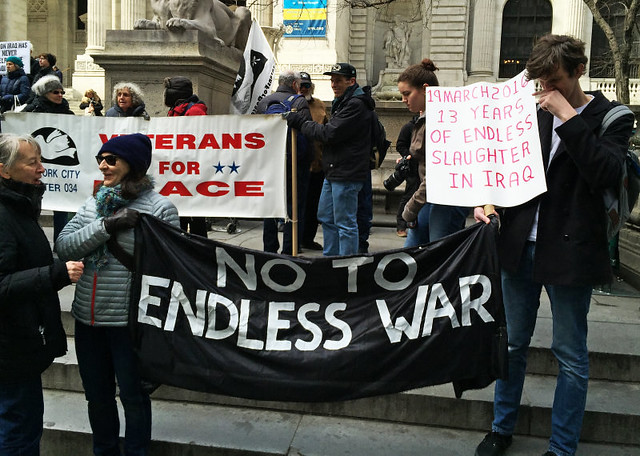 The result of this project, if successful, will be a continuation of capitalism’s trend towards a neo-feudal paradigm. “The pandemic has accelerated the shift to neo-feudalism,” says Joel Kotkin, author of The Coming of Neo-Feudalism.

“The big losers have been the working poor, many of whom have lost their jobs. The yeoman class, the small businesses already hit by the shift to online shopping, has been decimated. Main Street, when it returns, will be even more dominated by chains. The big winners have been the tech oligarchs, who now dominate the stock market to an unprecedented degree but produce not many middle-class jobs. The clerisy — that is, the professional managerial class — has done well, expanding their power, working at home, and, particularly in the government, still getting paid.”

As unemployment in the U.S. continues to rise, and the shocks of 2020’s global depression continue to brutally hit the other epicenters of neoliberalism, the stripping away of the livelihoods of capitalism’s expendable classes is also speeding up. The EU has passed bank bailouts that impose austerity across Europe. Austerity is killing the lower classes in Ecuador and other neoliberal Latin American countries. From Russia to India to the U.K., capitalist regimes are to varying degrees turning to austerity as the solution to the crisis. But it isn’t going to revive the robust dynamic of investment that global capitalism had before this year’s economic crash. It’s only going to further concentrate wealth into the ever-shrinking class of people who benefit from the system.

“Capitalism is no longer what it used to be,” Professor Yanis Varoufakis said last month.

“What is fascinating at the moment is that you have the highest level of share prices and lowest level of dividends. Have you noticed that? So profitability is negative, profits are on the floor and share prices are on the ceiling. That’s why I’m saying this is a very weird moment. Taxation is a taxation of dividends. From a left wing point of view what you want to do during the good times is tax profits, but there are no profits in most areas of the economy except Google and Amazon… before you support any kind of policy whether it is taxation or whatever, ask yourself a basic question: is it going to increase investment in good stuff, good quality jobs… I don’t think that reducing taxes or announcing that you are going to an austerity mode is going to do anything to turn this liquidity bubble into an investment drive.”

When the neoliberal economic machine is this anemic, and when this anemia is being exacerbated by the decline of U.S. hegemony and the collapse of the climate, the foundations of the capitalist social contract begin to unravel. We’re in a situation where capitalism has lost its ability to provide stable livelihoods for most people within the imperial core, making the empire and the global corporatocracy it props up much more vulnerable to revolution. This year’s crises haven’t just taken away capitalism’s ability to maintain its former level of profit growth; they’ve destroyed the publicly perceived credibility of neoliberalism, driving many people towards gaining class consciousness.

To preserve their status in this volatile situation, the billionaires who’ve grown richer during the pandemic can only hope to maintain their rising profits by taking society back to the era of feudalism. By consolidating their power to the point where they take on the role of modern monarchs, ones who rule by waging an endless war both internally and externally. The internal war is for crushing dissent, while the external war is for holding on to the empire’s remaining resources in an increasingly post-American world.

Such is the paradigm that we’ve come to live in amid this year’s police and military crackdowns against protesters, and amid the wars that the U.S. has been carrying out at the same time. U.S. police have been breaking their own rules by shooting rubber bullets during the demonstrations, while surveillance, censorship, and erosions of civil liberties have occurred in the U.S. and other imperialist countries. (Similar events have been unfolding in U.S. neo-colonies like Brazil and Colombia, where police repression and mass surveillance are becoming more thorough.) At the same time, the empire has been attacking, stealing from, and occupying its ever-growing list of global targets.

Starting in March, Washington began tightening sanctions on Iran, Venezuela, and other countries in order to take advantage of the pandemic. The drone wars and bombings have in many cases escalated, now less accountable than ever due to Trump’s secrecy rules surrounding U.S. drone strikes. As the U.S. moves to retreat from southeast Asia, it’s investing its resources into militarily occupying the areas surrounding China, and into preparing for an invasion of Venezuela. The CIA has been illegally exploiting Syria’s oil, while Turkey has been continuing its colonization of northwestern Syria-preparing for a future where Turkey fills Washington’s imperial role in the region. A nuclear arms race between the U.S. and the China/Russia alliance has been taking shape. Canada recently began planning to get armed drones in the air by 2025, showing that it too will soon join in on this drive towards military buildup among the NATO countries.

In countries like the U.S., India, and Australia, where anti-Chinese sentiment is being inflamed as a consequence of the escalating geopolitical tensions, war propaganda is a core part of the capitalist reaction. It reinforces the racism, xenophobia, and military worship that the right-wing nationalist leaders of these countries seek to propagate. And in a situation where economic deterioration and wealth concentration are making the masses throughout the capitalist world more and more likely to revolt, war against a demonized enemy is the best way the ruling class can blunt the rise of proletarian consciousness.

It’s an endless perpetuation of conflicts and paranoia, directed at not just China but Iran, Russia, and the other powers which challenge U.S. hegemony. And it’s being engineered to maintain the transition from neoliberal globalization to a new era of neo-feudal necro-capitalism, where billionaires use the state to kill or control the facets of the population which are deemed to be expendable.

The ruling class hopes that decades from now, after economic decline and environmental catastrophe have driven billions into poverty and destabilized much of the globe, the rich can still live in their privileged enclaves without threat of revolution. To realize this, the ruling class knows it will have to sacrifice the undesirable facets of society while imposing what will amount to a military dictatorship on the remaining people. With every bombing, drone strike, police killing, ICE arrest, and deportation, they move closer towards this goal.

The Declining U.S. Empire Is Resorting To Desperate Acts + The New Cold War Is Motivated By Fears Of Capitalist Collapse, by Rainer Shea

3 thoughts on “Endless War, The Militarized Police State and Neo-Feudalism, by Rainer Shea”