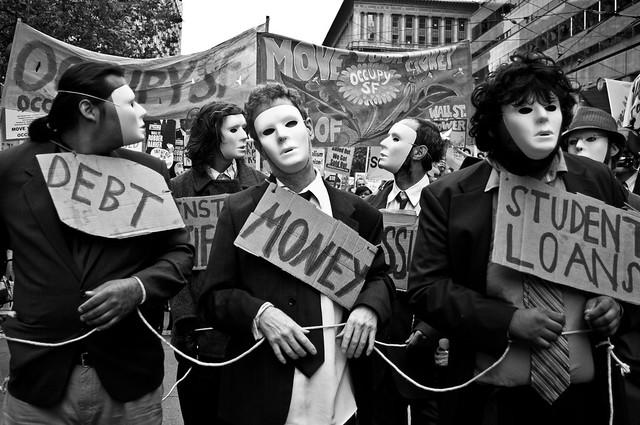 My friend Gary left Michigan, went to Sweden years ago, and earned his PhD. He’s a research professor. He was not charged any tuition as long as he continued to qualify and thus held no student debt. That’s how it’s done in much of Europe, at least for public universities.

Gary was able to marry, have a child, buy a modest family home, and simply support his family even though there were years back in Michigan when he and his wife earned relatively little as they each began their careers.

My former student Adam works as hard as anyone I’ve ever met. His Vietnam war veteran father left him just enough to finally pay off his student debt for his degrees at a public university in Oregon. His mother worked so hard and was underpaid, never managing to save much though she did an excellent job as a college office staffer, serving both students and (far higher paid) professors.

Now, almost 50 years old, Adam and his wife can finally start saving for a down payment on their own home.

Back in the day I was able to do that in the 1970s, when I was in my 20s, and have owned my own homes ever since. Student debt then was quite small, paid off by most people quite quickly, and my (boomer) generation stepped into home ownership that way. Once you own, your equity can usually be leveraged to get you into your next home, but if you rent while you drain your paycheck every month to a student loan payment, that down payment usually remains just an elusive goal.

Meanwhile, Republicans and a couple Democrats in the Senate blocked all tries for a significant student debt forgiveness portion of various bills. Where, they ask, is the money coming from? The student debt held now is on the order of $1.75 trillion, an enormous amount.

I have a couple of suggestions.

These are just single contracts. Each day many more contracts send $billions to war profiteers while US students are treated substantially worse than any and all students in Europe, Canada, Australian, New Zealand, and elsewhere. There is plenty of money for student debt relief in the US — or there could be, if our priorities shifted a bit away from enriching weaponeers and instead doing a better job of caring for our own young people.

It is only a matter of electing representatives and senators who will do this. We should be in dialog with them, and they should know our feelings, whatever those feelings may be.

Tom H. Hastings is Coördinator of Conflict Resolution BA/BS degree programs and certificates at Portland State University, PeaceVoice Senior Editor, and on occasion an expert witness for the defense of civil resisters in court.

The Workings of Commodified Education, by Yanis Iqbal

A Falling Rate of Learning? Commodification and Neoliberal Education, by Yanis Iqbal

Exclusive: The student loan racketeering industry needs to be investigated!