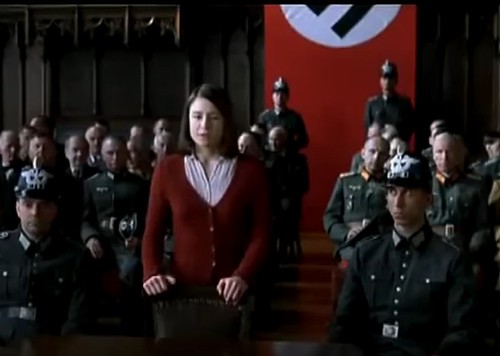 END_OF_DOCUMENT_TOKEN_TO_BE_REPLACED

I was in the Swiss village of Begnins outside Geneva shortly after the fall of the Berlin Wall in November 1989. I spent three days there with Axel von dem Bussche, a former Wehrmacht major, holder of the Knight’s Cross of the Iron Cross for extreme battlefield bravery, three times wounded in World War II, and the last surviving member of the inner circle of German army officers who attempted to assassinate Adolf Hitler.

I was reminded of my visit with von dem Bussche, whom I was interviewing for The Dallas Morning News, by the 70th anniversary of the execution of five Munich University students and their philosophy professor who were members of the White Rose resistance movement in Nazi Germany. END_OF_DOCUMENT_TOKEN_TO_BE_REPLACED

Two weeks ago my dear friend Dr. Don Ardell, otherwise known as “The Well Infidel,” published on these pages an essay on the German song “Die Gedanken Sind Frei” and the role that it played for the German intra-war anti-Nazi resistance movement known as The White Rose Society.

Don’s essay celebrates the song, the White Rose Society, and its young leadership, among whom were Sophie Scholl and her brothers, the “Geschwistern Scholl.”  I sent a comment to Don on his essay, which originally appeared in his weekly “Ardell Wellness Report.”  I am sharing a significantly expanded version of that comment with you here.  In discussing the historical significance of The White Rose Society, I noted that unlike many other countries that were combatants or otherwise participants in World War II, Modern Germany has both recognized its responsibilities for the indescribable horrors that the Nazis turned loose upon the world and completely turned its back on the political ideology that created them.  I have had several personal experiences that attest to this reality.