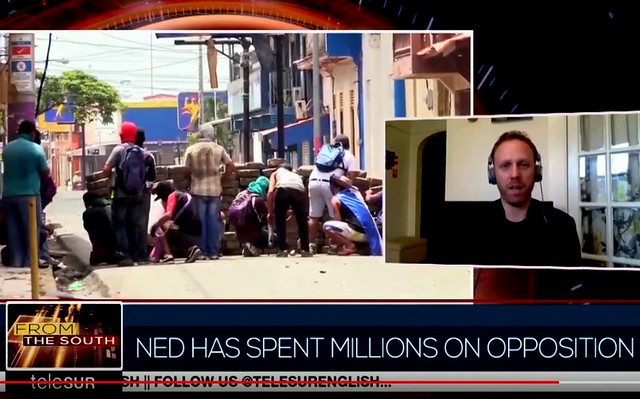 Following two months of protests and an estimated 170 dead, the violence briefly subsided, as opposition-government negotiations tried to resolve the situation. The opposition now says the government is reneging on commitments and will abandon negotiations. What led to this crisis and where will it go from here? We discuss the situation with Trevor Evans and Camilo Mejia.

US Gov. Meddling Machine Boasts of ‘Laying the Groundwork for Insurrection’ in Nicaragua by Max Blumenthal

The Family-Party-State Nexus in Nicaragua by Trevor Evans

Nicaragua – A Nations Right To Survive by John Pilger (1983; must-see)

7 thoughts on “Max Blumenthal: US Interference in Nicaragua + Nicaraguan Opposition Suspends Negotiations: A Return to Violence?”