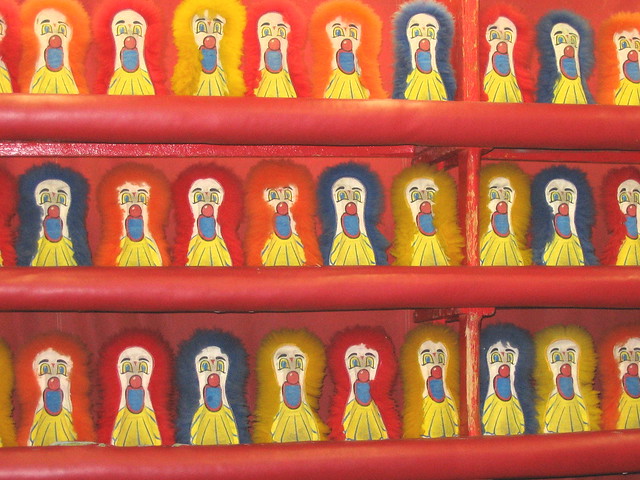 Malevolent Narcissists and Wall Street Sell-Outs Masquerading as Champions of the Middle and Working Classes!

Watch the Biggest Issue of Our or Any Time – the Climate Crisis – Get Amazingly Avoided!

Taking the Risk Out of Democracy!

Watch the Citizenry Killed and Re-born as a Corporate-Managed Electorate!

Mass Consent Manufactured Before Your Eyes!

Gross Orwellian Whitewashing of Criminal Foreign Policies Past and Present!

Thrill at the Marginalization of Public Opinion!

Realty-Defying Conflations of Even the Slightest Israel Criticism with Anti-Semitism!

Amazing Death-Defying Destructions of Democracy, or What’s Left of it!

Peek Behind the Curtain to View the Faces of the Terrifying and Amazing Un-Elected and Interrelated Dictatorships of Money and Empire!

Ride Through the Amazing New Tunnel of Identity!

Thrill at the Amazing Old Age of the Leading Candidates!

Infantilizing Spectacles for All, Young and Old!

Amuse and Confuse Yourselves to Death!

Step into the Amazing Coffin of Class Consciousness: The American Ballot Box!

Graduate from the Electoral College!

Walk Through the Scary Graveyard of Social Movements (Exhibit Sponsored by the Democratic Party)!

Watch Fascism Germinate in the Belly of Uncle Sam!

Freakish Electoral Machinations That Will Chill Your Spine!

Partisan Acrobatics to Take Your Breath Away!

Watch a U.S. President Eat His Own Shit!

See Democracy Distorted Beyond all Recognition at the Corporate-Imperial Hall of Mirrors!

Kiss the Species Goodbye at the Extinction Gallery!

Step Right Up to the Show That Never Ends!

9 thoughts on “Step Right Up – to the Amazing American Quadrennial Electoral Extravaganza! by Paul Street”