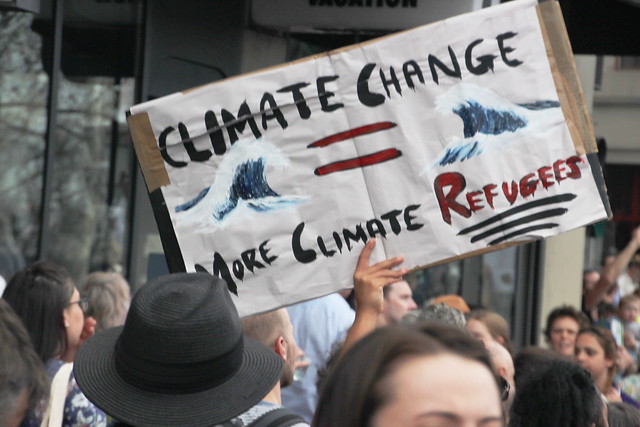 On the show, Chris Hedges discusses the decline of the American empire and the new global order with Professor Alfred McCoy, who holds the Harrington Chair in History at the University of Wisconsin-Madison.

Professor Alfred McCoy, the chair of the history department at The University of Wisconsin-Madison, looks at past empires and how they disintegrated in his book To Govern the Globe. The familiar patterns of decline allow him to speculate about what lies ahead as the global dominance of the United States crumbles under the weight of disastrous military adventurism, the collapse of public institutions, a rapacious and greedy oligarchic elite and inept political and military leadership.

The new world order, McCoy argues, will see China ascendant. “While Washington was spilling its blood and treasure into desert sands,” writes McCoy, “Beijing had been investing much of its accumulated trade surplus in the integration of the ‘world island’ of Africa, Asia, and Europe into an economic powerhouse.”

The key to Chinese dominance, he argues, is its far-sighted strategic focus on control of the world’s energy and raw materials, increasingly in short supply, and its investment in a technologically advanced infrastructure. “Each transition to a new world order has occurred when a massively destructive cataclysm has coincided with major social change,” he notes, arguing that the climate crisis will be the trigger for a new configuration of world dominance.

2 thoughts on “Chris Hedges: To Govern the Globe: World Orders and Catastrophic Change”