In this wide-ranging discussion on the Moderate Rebels podcast, Hudson addresses US sanctions on Venezuela and Iran, the policies of the Joe Biden administration, Beijing’s economic model, cryptocurrencies, and dedollarization – the potential end to the dollar as the global reserve currency.

END_OF_DOCUMENT_TOKEN_TO_BE_REPLACED

The United States government is able to impose its will on all the world’s countries. The rest of the world, even some of the strongest imperialist countries of the Global North, lie prostrate at the feet of the U.S. What is the source of this seemingly impregnable power? Which of course leads to the next question: How long can it last?

END_OF_DOCUMENT_TOKEN_TO_BE_REPLACED

In 2014, the CIA-tied media outlet the Washington Post published an article titled “In the long run, wars make us safer and richer.” Its author Ian Morris reasoned that wars have been necessary to carry out what it called the “civilizing process,” wherein the European empires have grown through conquest and the United States has been created through the seizing of indigenous lands. Its argument was racist and biased in favor of Western capitalist interests, and this was the point. It acknowledged that the wars which brought the U.S. empire to power, and which the U.S. empire continues to wage, are good for “us”—the people in the imperial core who benefit from imperialist wars.

END_OF_DOCUMENT_TOKEN_TO_BE_REPLACED

Global University for Sustainability on Apr 24, 2020

On 22-24 November 2019, International Seminar on Land, Finance, and De-dollarization was held in Macau, China, which was co-organized by Global University for Sustainability, Lingnan University, Southwest University, and the Federal University of Espirito Santo.

END_OF_DOCUMENT_TOKEN_TO_BE_REPLACED

Keynote Paper delivered at the 14th Forum of the World Association for Political Economy, July 21, 2019.

Today’s world is at war on many fronts. The rules of international law and order put in place toward the end of World War II are being broken by U.S. foreign policy escalating its confrontation with countries that refrain from giving its companies control of their economic surpluses. Countries that do not give the United States control of their oil and financial sectors or privatize their key sectors are being isolated by a United States imposing trade sanctions and unilateral tariffs giving special advantages to U.S. producers in violation of free trade agreements with European, Asian and other countries.

END_OF_DOCUMENT_TOKEN_TO_BE_REPLACED 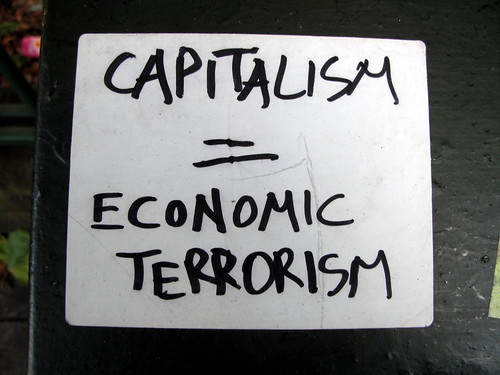 Professor Hudson, in January you warned in Berlin at the Rosa Luxemburg Conference, about the still “dangerous” US financial imperialism. The US uses “financial weapons”, you said. Can you explain that briefly?

END_OF_DOCUMENT_TOKEN_TO_BE_REPLACED

With Max Keiser on the history of debt from the Bronze Age onwards. Max poses the question, has a historical precedent been set with the bailing out of creditors, not debtors in 2008?

END_OF_DOCUMENT_TOKEN_TO_BE_REPLACED 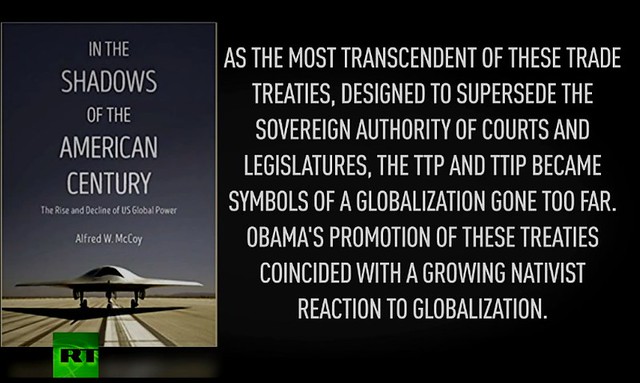 END_OF_DOCUMENT_TOKEN_TO_BE_REPLACED

US President Barack Obama has given an extraordinary ultimatum to the Republican-controlled Congress, arguing that they must not block the nuclear accord with Iran. It’s either “deal or war,” he says.

END_OF_DOCUMENT_TOKEN_TO_BE_REPLACED

[T]hreatening to default should not be a partisan issue. In view of all the hazards it entails, one wonders why any responsible person would even flirt with the idea. — Alan S. Blinder, Princeton professor of economics, former vice chairman of the Federal Reserve

A game of Russian roulette is being played with the national debt ceiling. Fire the wrong chamber of the gun, and the result could be the second Great Depression.

END_OF_DOCUMENT_TOKEN_TO_BE_REPLACED

1-Mike Whitney: What is the present composition of reserve holdings in central banks–and has there been a substantial falloff in US dollar reserves in recent years? (Are central banks ditching the dollar?)

Prof. Menzie Chinn: I’ve found it puzzling that there’s all this talk about the prospects for the dollar, in the wake of the G-20 meetings, and more recently World Bank President Zoellick’s comments about the primacy of the dollar as a reserve currency. My puzzlement arises from the fact that many of the concerns now being voiced have been voiced before.