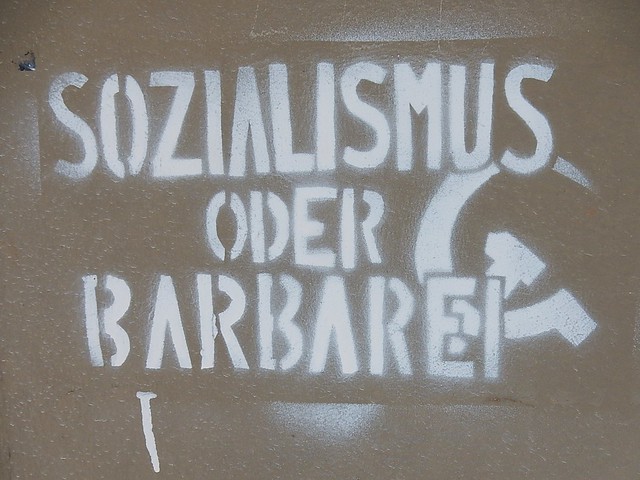 1: In light of the conditions that Europe is experiencing, in terms of high energy prices and the repercussions on the industrial sector, like the closure of factories and the high cost of production. In your opinion do European countries have the capacity and resources to prevent industrial investments from “escaping”? Especially since the US plans in general to restore industry to its lands, thus, it may represent an opportunity to lure European industries to move to there and take advantage of cheap energy prices. This shift will have wide repercussions on Europe’s productive capacities and competitiveness, as well as on its trade balance. So, what happens to the position of Europe in the global economic system? Will it remain part of the capitalist center or deviate from it?

MH: The wording of your question basically answers itself. The European political leaders are unwilling to resist U.S. demands. All they can do is complain at their mistreatment. That has led to a split between German and other European businessmen and the European political parties.

See for instance Politico, November 24, 2022: “Europe accuses US of profiting from war.”

“Biden’s green subsidies and taxes that Brussels says unfairly tilt trade away from the EU and threaten to destroy European industries. Despite formal objections from Europe, Washington has so far shown no sign of backing down. … the price Europeans pay is almost four times as high as the same fuel costs in America. Then there’s the likely surge in orders for American-made military kit as European armies run short after sending weapons to Ukraine.”

For a scenario of the resulting depopulation and deindustrialization of Europe, see the mass exodus of people from Latvia, Estonia and Lithuania since 1991. The alternative is to move to Russia or China, which produce energy – and also arms – at much lower cost than the United States.

The problem is that Europe cannot withdraw from NATO without dissolving the European Union, which commits military policy to NATO and hence to an immense balance-of-payments drain to purchase high-priced U.S. arms as well as other necessities. If the question is how long Germany and Europe can put political and military loyalty to the United States over their own economic prosperity and employment, the answer by the Greens is that “shock therapy” will help make Europe greener.

At first glance that is right as heavy industry is shut down. But it seems that Europe’s fuel of the future is coal and cutting down its forests.

The US Federal Reserve is pursuing policies that lead to internal and external results.

2: At the domestic level: If the source of inflation is supply and not demand, then what is the purpose of raising interest rates, especially since the US Federal Reserve is aware, as stated by many of its officials, that its measures will lead to an economic recession. Why insist on such measures even though they did not save the US economy from further increase in inflation rates?

MH: Blaming today’s price inflation on workers earning too much is simply an excuse to impose a new class war against labor. It is obvious that wage levels did not force up prices for oil, gas, fertilizer and grain. These price rises are the result of U.S. sanctions. But the central claim of today’s neoliberal economic orthodoxy is that all problems are caused by labor being too greedy, and putting its own living standards above the ideal of creating a wealthy rentier class to lord it over them.

The aim of cutting back credit is to reduce employment by bringing on a new recession, thereby rolling wages back – and also making working conditions much harsher, blocking labor unionization, and cutting back public programs on social spending. The economy is to be Thatcherized – all by riding the crest of the American anti-Russian sanctions and claiming that this creates a crisis requiring dismantling of public infrastructure and its privatization and financialization.

3: On the external level: raising interest rates has sparked many crises around the world. It was not only the “developing” countries or the countries of the Global South that were affected by the repercussions of interest rates hikes, such as high costs of debt and decrease in investment and savings, but it was also reflected in Europe (Britain included), and it appears that American monetary policies do not care about what happens outside the territory of the United States. While in 2008, for example, the US Federal Reserve was forced to open credit lines to save countries such as Japan from the collapse caused by the global financial crisis that originally originated in America. Is this the same pattern that America imposes/will impose today? Or will it proceed with no regard for what will happen around the world?

MH: The United States does indeed care about what happens outside of the United States. That is the essence of imperialism: You take care to conquer other countries economically, financially and technologically, making them dependent on yourself so that you can charge monopoly prices and siphon off their economic surplus for your own financial and corporate elites.

The aim of U.S. unilateral diplomacy is to establish trade, monetary and military dependency. That is how politicians “care” about what foreign countries are doing – and why the U.S. meddles so much in their political processes.

4: After the Russian-Ukrainian war, features of the formation of economic blocs between countries apart from the Western bloc emerged. The blocs that had previously formed, became stronger due to the new reality resulting from this war, such as the agreements between Russia and China, Russia and India, and between Iran and Russia, and Iran and China. Even the behavior of some of the “BRICS” countries, that are close to the West, was not hostile towards Russia. It seems that the aim of these blocs is to be against the Western empire led by the United States, does this imply that we are witnessing a reshape of the economic globalization? And why has this not happened before now?

MH: U.S. sanctions and military confrontation are driving other countries to defend themselves by creating alternatives to the US dollar and also to dependency on U.S. suppliers for food, energy and critical technology so that they can avoid being “sanctioned” to force them into compliance with U.S. dictates.

This break did not occur before because it was not urgent. Is has been the U.S. sanctions and threat that the US/NATO war against Russia will persist much longer than Ukraine. It is ultimately a drive against China, and President Biden has said that this will take twenty years or so. For Americans, the threat of losing their ability to control the economic policy of other nations is a threat to what they view as civilization itself. The clash of civilization is between U.S. attempts to create a neo-rentier, neofeudal world order, and one of mutual gain and prosperity. As Rosa Luxemburg put matters a century ago, the clash is between barbarism and socialism.

5: In recent decades, the world has witnessed a significant rise in debt, whether it is household debt or sovereign debt, where does this end? Will debt continue to rise infinitely or will things reach a global debt crisis? And if that happens, what are the consequences on the shape of the global financial system?

MH: The exponential mathematics of interest-bearing debt makes debt crises inevitable. That has been the case for thousands of years. The expansion path of debt is more rapid than that of the underlying “real” economy.

At some point, either debts will have to be wiped out – annulled – or countries will fall into debt peonage to the creditor powers, just as within creditor nations the economy is polarizing between the creditor One Percent and the increasingly indebted 99 Percent.

I explain these dynamics in The Destiny of Civilization, as well as in Killing the Host.

The global system will need to move beyond reliance on the US dollar, and turn national banking and credit systems into public utilities. That is the only way that governments can write down debt – mainly, debt owed to themselves – without inciting a political and even violent fight against their moves to free the economy from its debt overhead.

Michael Hudson is President of The Institute for the Study of Long-Term Economic Trends (ISLET), a Wall Street Financial Analyst, Distinguished Research Professor of Economics at the University of Missouri, Kansas City and author of A Philosophy for a Fair Society (2022), The Destiny of Civilization (2022), …and forgive them their debts (2018), J is for Junk Economics (2017), Killing the Host (2015), The Bubble and Beyond (2012), Super Imperialism: The Economic Strategy of American Empire (1968 & 2003 & 3rd Edition 2021), Trade, Development and Foreign Debt: A History of Theories of Polarization v. Convergence in the World Economy (1992 & 2009) and of The Myth of Aid (1971), amongst many others. He can be reached via his website Michael Hudson, mh@michael-hudson.com. Originally published Dec. 1, 2022.

Michael Hudson: The Rentier Economy is a Free Lunch

Michael Hudson: The World Bank Has Always Been An Arm Of The U.S Military

Michael Hudson and Ralph Nader: The Federal Reserve, Quantitative Easing, and Who Runs the US Treasury