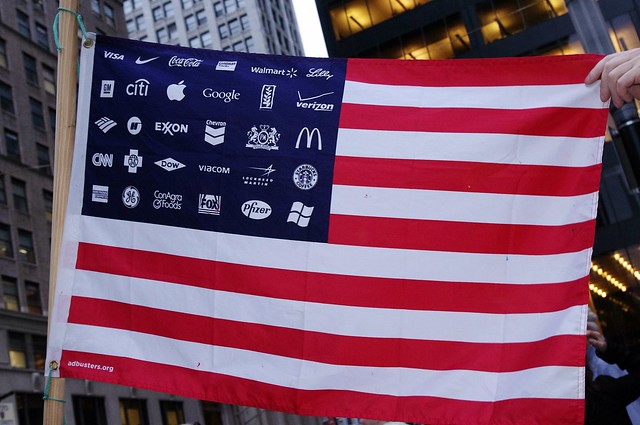 With the US mass shootings epidemic claiming 17 more lives at a school in Florida, there has been a nationwide outcry against multi-million-dollar lobbying by the National Rifle Association. But how the NRA, and other corporate giants, wield power and influence over the US government is mostly concealed by the very laws meant to strengthen democracy.

END_OF_DOCUMENT_TOKEN_TO_BE_REPLACED

History has been made. But few Americans are aware of it or angry about it. I say: Wake up Americans. A war has been waged against US democracy, from the inside. Time to pick a side and fight back.

If you are not totally brain dead, distracted by pain or pleasure, or consumed by narcissistic obsessions, face the ugly, painful truth. END_OF_DOCUMENT_TOKEN_TO_BE_REPLACED

The Supreme Court on Wednesday struck down key limits on campaign contributions. The $123,200 overall limit for total contributions to campaigns, parties, and PACs will no longer be in effect, although contributions to individual candidates remain limited to $2,600. Potentially opening the door to a flood of cash from wealthy individuals, Justice Stephen Breyer wrote the dissenting opinion, stating that this ruling “perhaps devastates, what remains of campaign finance reform.” RT’s Lindsay France looks into this historic ruling.

END_OF_DOCUMENT_TOKEN_TO_BE_REPLACED

Recently the big subject on the internet has been the Fair elections Act which calls for public financing of candidates for public office. I’m not surprised as I have been writing non-stop about this subject since 2004. I just wondered when the rest of the country was going to catch up. There is no one that could be as happy as I am that people are finally “getting it”.

Not that I’m calling anyone stupid. It’s just that campaign finance reform has never been the sexiest thing to write about. I should know as I’ve written my share. Once I thought I had the catchphrase that would make CFR the latest big deal by calling it “The Reform that Enables All Other Reforms”. Here is what I said: