The Essays of The Man From the North by Rivera Sun
Writer, Dandelion Salad
February 9, 2014 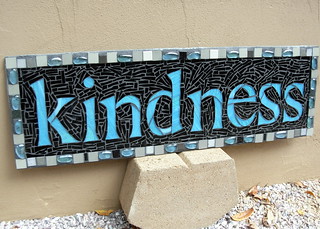 Something is happening in the halls of power. Paperwork is not being completed by the deadline. Forms are not being filed correctly. Permit applications are vanishing.  It could be incompetence or . . .

. . . it could be the Dandelion Insurrection.

I suspect that a subtle resistance is being waged under the cover of ordinary incompetence. There are a thousand ways for civil servants and corporate employees to defy the corporate-political machine. Crucial meetings can be left off the schedule. The CEO’s airline tickets can be misplaced. The environmental review for pipelines can be bogged down for months. A single accountant alone could rewrite the course of human history by crunching the oil well numbers unflatteringly.

Many of us Dandelion Insurrectionists have been so long shunted from positions of power, marginalized, and ignored that we have forgotten how dependent the most powerful are on every single person who works for them. But, it seems that those inside the citadels of wealth and power remember . . . and they are starting to rebel.

The civil servants and corporate employees have chosen not to leave their jobs, but to turn the functions of their offices into impediments to the corporate-political machine. Quietly, using their positions and roles, they are bogging down the gears of normal operations.

We can help them in one very simple manner: be kind.

Anyone could be a Dandelion in disguise: the CEO in his armored car, the office worker on the subway, the lawyer filing a lawsuit against us, even the state spies that track us. Imagine yourself in their predicament, reviled by the very Dandelion Insurrectionists they are working to assist, unable to tell the truth, bound to silence as they wage subtle defiance from the inside. We may never know who these people are, but we can offer everyone kindness with great equanimity – as if they were all dandelions in disguise.

The Dandelion Insurrection risks nothing by conducting ourselves with kindness. Indeed, such a strategy works only in our favor. The corporate propaganda depicts us as angry rebels, but we know the truth: we are ordinary human beings, just like everyone else. Our public commitment to kindness, respect, civility and decency will contrast sharply against the violence of the State. It will reveal the lies of their propaganda. It will cast the avaricious greed of our opponents in a terrible light. Such kindness gives people a cause to believe in. It restores hope in humanity. It rebuilds our faith in our fellow citizens. Kindness is the greatest strength of the Dandelion Insurrection, for it will sway people to our cause.

Dandelions are everywhere, some blossoming, some dormant, and others hidden from our sight. We must water these seeds with kindness, fertilize them with connections, and help them blossom with our courage. Look out at the mass of humanity, rich and poor, young and old, asleep and awake; a golden soul lies inside each of them, hidden like the sun behind the clouds. And I can tell by the rumors of subtle resistance, that under the suits on Wall Street, inside the armored cars crawling through Washington D.C., and behind the glossy windows of corporate sky-rises . . .

. . . the Dandelion Insurrection is growing.

The Man From The North: Blowing Up The Armory by Rivera Sun

11 thoughts on “The Man From the North: Dandelions in Disguise by Rivera Sun”