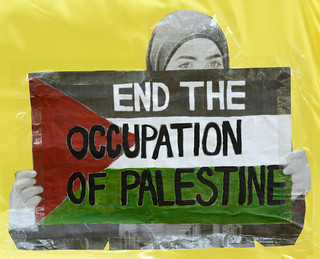 Israel has been pressing ahead with heavy offensive on the Gaza Strip amid international condemnation to stop the bloody onslaught. Renowned Jewish American thinker Noam Chomsky tells Press TV that Israel has committed major war crimes in Gaza.

END_OF_DOCUMENT_TOKEN_TO_BE_REPLACED Afshin Rattansi goes underground with filmmaker and author John Pilger as he challenges Western mainstream media spin. He warns that ‘to be informed by it is not an option’ because of censorship, omission and distortion of the facts. Whilst other stories overtake it, we find out the death toll in Libya is still rising. We discover why illegal immigrants were prevented from smuggling themselves OUT of Britain. We look at whether Cameron is privatising the NHS by selling it to doctors and nurses. And as the IDF offensive on Gaza continues, are media attitudes softening whilst those of the government harden?