A nuclear war between the United States and China is not only imaginable but a current ‘contingency’, says the Pentagon. This film by acclaimed filmmaker John Pilger is both a warning and an inspiring story of resistance.

END_OF_DOCUMENT_TOKEN_TO_BE_REPLACED 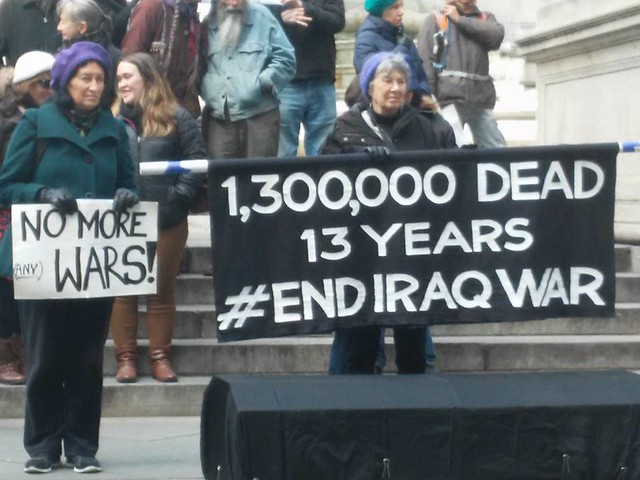 After 14 years of costly war based on lies, it’s time for truth and accountability. The People’s Tribunal on the Iraq War brings the lies that created the war on Iraq into public awareness, while demanding Obama act on them. It inspires the anti-war movement that we will need after the inauguration of the next administration in 2017.