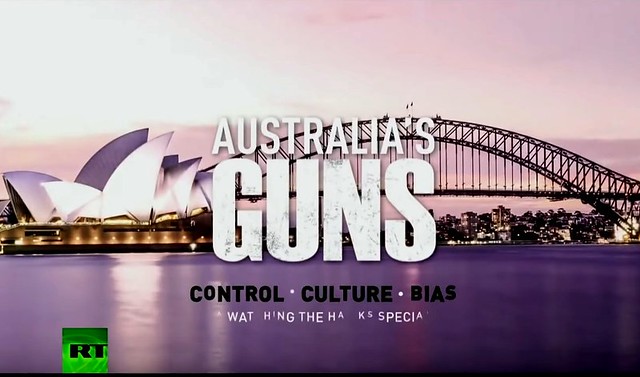 Co-hosts Tyrel Ventura and Tabetha Wallace venture down under to Australia to interview a number of experts, including Pulitzer Prize winner John Pilger, on gun violence, gun culture, and the differences between gun ownership in the US and Australia.

Lee Camp sits down with the hosts of Watching The Hawks to discuss their recent trip to Australia.

NRA: Tanks for the Memories by Steven Jonas, MD, MPH