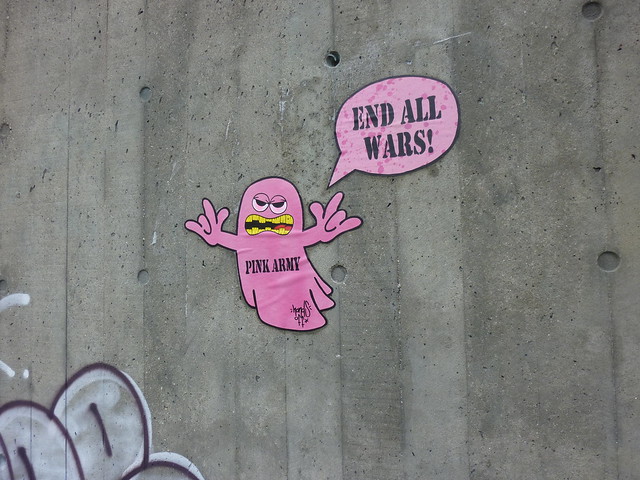 On Nov 13th, 2019, I delivered a statement to the National Commission on Military, National, and Public Service opposing the expansion of the draft to women, and demanding the ending of the draft for all genders. The NCMNPS is a court-ordered, Congress-appointed commission charged with finding out if the US public would support expanding the military draft to women. Along the way, someone (probably a public relations firm?) thought it would be more appealing to take a broader look at “service”. I was asked to testify to the Commission on behalf of CODEPINK, and to articulate an anti-war feminist point of view for the Commissioners. Below is the text and a video I made later of my 3-min opening statement. I was speaking alongside several other anti-draft, anti-war groups who also spoke powerfully and articulately for three things:

Abolish the draft for all genders.
End all sanctions for past failures to register for the draft.
Do not implement any form of involuntary “service”.

If you wish to submit a public comment to the Commission on this subject, they are accepting comments until Dec 31st, 2019. Here is where to do so.

My Statement to the National Commission on Military, National, and Public Service:

We also oppose what’s commonly known as the “poverty” draft. We believe that no one should have to join the military to get access to college education or skills training for decent jobs; that this looks strangely like indentured servitude. This also relates to the Commission’s broader focus on so-called “service”, including mandatory national service for all youth. While we support jobs programs such as the Green New Deal, we do not support non-voluntary and/or unpaid/underpaid work. We have words for such things: slavery and exploitation among them.

For context, CODEPINK is part of the long and robust history of anti-war feminism. Women have long opposed both war’s very existence and being involved in it, both personally and collectively. In our view, women’s equality cannot be achieved by including women in a draft system that forces civilians against their will to participate in activities (such as war) that harm others in such large numbers.

While we demand equal pay and opportunity for women in all areas of our economy, we believe it is irresponsible for the fight for women’s rights to support a draft that would impose equal levels of moral injury, PTSD, brain injury, suicide rates, lost limbs, and so forth upon women against their will. This is not the sort of equality that we seek. When it comes to the military, we believe that women’s equality and, indeed, gender equality is better served by simply ending draft registration for everyone.

In regards to “national security” and “defense”, antiwar feminists have long held a different approach to such matters. Around the world, women are at the forefront of ensuring peace with the pragmatic and effective tools rooted in frameworks of peace, nonviolence, anti-militarism, anti-imperialism. These include, but are not limited to: diplomacy, peacebuilding, civilian based defense, civil resistance, unarmed peacekeeping, citizen-led peace efforts, and more. True women’s equality does not involve forcing us to fight wars launched by systems inherited through centuries of injustice, including patriarchy, but rather including us at the table in designing and integrating a whole different system of “security”.

There will be resistance to an expanded draft. You should expect it. If draft registration is expanded to women, groups including Code Pink will be part of organized resistance both at the point of draft registration and if a draft is actively enacted. You should also know that we will use this opportunity to resist not only drafting women, but also drafting people any gender. We will also resist the war in question and war and militarism in general.

Ultimately, our message is this: we all know the parable about letting sleeping giants lie … but the untold story is the sleeping giantess. You do not want to awaken her by expanding this draft. Rather, this Commission and Congress should join her in her dream in ending the draft for all genders and ending all sanctions upon non-registrants.

If you wish to submit a public comment to the Commission on this subject, they are accepting comments until Dec 31st, 2019. Here is where to do so.

Curious what my fellow anti-war, anti-draft speakers said? Here are some of their submitted written statements. (Read them. They’re brilliant.)

Center on Conscience and War

World Beyond War [Transcript below]

Statement to the National Commission on Military, National, and Public Service from World BEYOND War

World BEYOND War opposes compulsory draft registration for people of all genders.

World BEYOND War believes the then-Secretary of the Army was right in 2016 to suggest ending draft registration.[1]

World BEYOND War strongly supports ending all penalties for past failure to register. Conscientious objection is a basic human right that should not be penalized.

We reject as offensive and nonsensical the idea that equal rights would be advanced by compelling young women against their will to participate in an immoral enterprise that is highly dangerous to others and to themselves. There is an obvious way for draft registration to treat everyone equally: abolish draft registration.

We reject as demonstrably false and ethically perverse the claim that draft registration or a draft helps to prevent war. Currently 16 percent of the U.S. public wants U.S. wars continued.[2] Military recruiters are meeting their goals by targeting young people burdened with student debt.[3] Eliminating student debt is part of the political conversation in the United States, as is the possibility of more wars. The selective service tested its systems at the height of the occupation of Iraq, preparing for a draft if needed. A draft could be imposed in the future. The result would be the continuation or escalation of war making.

The drafts in the U.S. civil war (both sides), the two world wars, and the war on Korea did not end those wars, despite being much larger and in some cases fairer than the draft during the U.S. war on Vietnam. Those drafts were despised and protested, but they took lives; they did not save lives. The draft did not contribute to ending the war on Vietnam before that war had done far more damage than has any U.S. war since.

The very idea of a draft was widely considered an outrageous assault on basic rights and liberties even before any of these past drafts. In fact, a draft proposal was successfully argued down in Congress in 1814 by denouncing it as unconstitutional.

“Where is it written in the Constitution,” asked Daniel Webster, “in what article or section is it contained, that you may take children from their parents, and parents from their children, and compel them to fight the battles of any war, in which the folly or the wickedness of government may engage it? Under what concealment has this power lain hidden, which now for the first time comes forth, with a tremendous and baleful aspect, to trample down and destroy the dearest rights of personal liberty?”

Will Griffin: Comedy for the Antiwar Movement

6 thoughts on “The Sleeping Giantess: My Statement Opposing the Expansion of the Military Draft by Rivera Sun”