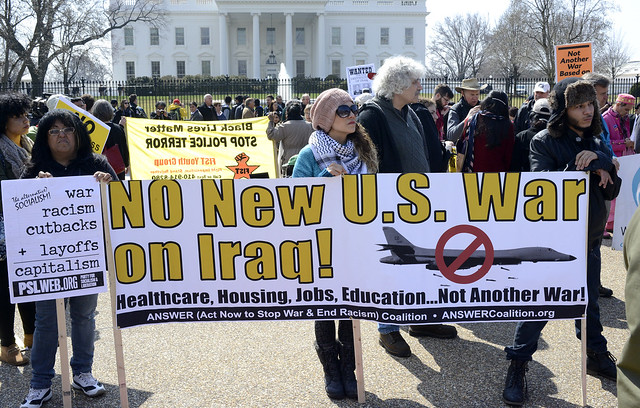 On the show this week, Chris Hedges discusses the realities of war, its appeal for young men and its destruction of them, with Salar Abdoh, novelist and essayist.

Salar Abdoh’s new novel, Out of Mesopotamia, considered one of a handful of great modern war novels, tells the story of Saleh, a jaded, middle-aged Iranian reporter who accompanies Shia militias, as Abdoh did, in Iraq and Syria during the heavy fighting between 2014 and 2017.

See also: ‘Out of Mesopotamia’ Is a Great War Novel, by Chris Hedges

Will Griffin: From Army Veteran to Global Activist