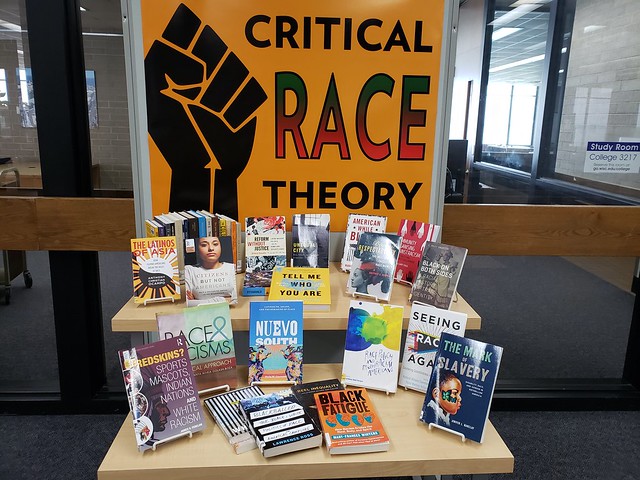 “People tell me because I have this case against the city I’m all right. But I’m not all right. I’m messed up. I know that I might see some money from this case, but that’s not going to help me mentally. I’m mentally scarred right now. That’s how I feel. [There] are certain things that changed about me, and they might not [change] back. Before I went to jail, I didn’t know about a lot of stuff, and, now that I’m aware, I’m paranoid. I feel like I was robbed of my happiness.” – Kalief Browder

Over the past year, there has been massive backlash in the States and elsewhere, even among a few on the left, over the teaching of Critical Race Theory (CRT) in schools. Despite what many conservatives might claim, CRT has never been taught in elementary, middle or high school. It is a legal analytical framework which actually criticizes and challenges the way in which American liberalism has historically addressed racial issues. Unsurprisingly, few of its most vocal detractors understand this, or even want to. But here is a simple way to understand how it plays out in real time.

At the age of 16, Kalief Browder was sent to Rikers Island, a prison complex for adults notorious for its rampant violence, for allegedly stealing a backpack. He was held there without trial from 2010 to 2013 and put into solitary confinement for two of those years. While incarcerated, he was repeatedly beaten by gang members and correctional officers. At least once, he was handcuffed while assaulted by guards. He attempted suicide at least three times. And just two years after he was released, Kalief hanged himself at his parent’s home after suffering from major depression and PTSD.

In contrast, at age 17 Kyle Rittenhouse traveled across state borders to deliberately enter a Black Lives Matter protest fully armed with an AR-15 rifle. There he killed two people and attempted to kill a third. Claiming self defense later, he was able to walk right past the police with his rifle strung across his shoulder. They declined apprehending him despite witnesses shouting to them that he had just shot three people. In addition to this, some of these officers were seen fraternizing with him earlier in the evening.

Rittenhouse was able to drive home across state borders that night. He was not pursued. After he was arrested, he was placed in a juvenile detention facility. He was able to get out on $2 million bail in November, money mostly raised by conservatives through a legal defense fund. After being released, he went to a pub where he met with members of the Proud Boys, a far right, white supremacist militia, where he sang their anthem and proudly flashed white power signs, smiling before snapping cameras. The presiding judge of this trial forbid the use of the word “victim” to describe the two men gunned down by Rittenhouse. But he did allow them to be referred to as “rioters,” “looters” or “arsonists.”

If this example isn’t enough to demonstrate how systemic racism plays out in real time in America, then perhaps this will. As I write, the murder trial of three white men accused of killing black jogger, Ahmaud Arbery, is taking place in the state of Georgia. These men hunted down Ahmaud and shot him at point blank range. Despite the judge admitting that he found “intentional discrimination” in jury selection (only one black juror was selected) the judge nonetheless allowed the trial to proceed. Throughout the trial, the defense attorneys have made numerous racist remarks.

Of course, there are countless more examples, from Eric Garner to Breonna Taylor to Elijah McClain to George Floyd. Only the ignorant or deliberately obtuse would not see how the system is set up to discriminate along racial boundaries, as well as class.

CRT isn’t meant to divide people. It isn’t meant to derail class consciousness either, and any argument in this regard is horrendously misguided. It is true that race is an invented category intended to maintain class hierarchy. But it is also true that its rancid legacy persists today. And poor working class white people are also adversely affected by this sadistic arrangement of power and disenfranchisement.

CRT is only a tool, however flawed, for understanding how this all works in a systemic way. It helps provide a framework to address disparities, some of which I listed above. To dismiss it as divisive might be risible, if it were not so catastrophic to so many lives.

5 thoughts on “Critical Race Theory Playing Out in Real Time, by Kenn Orphan”