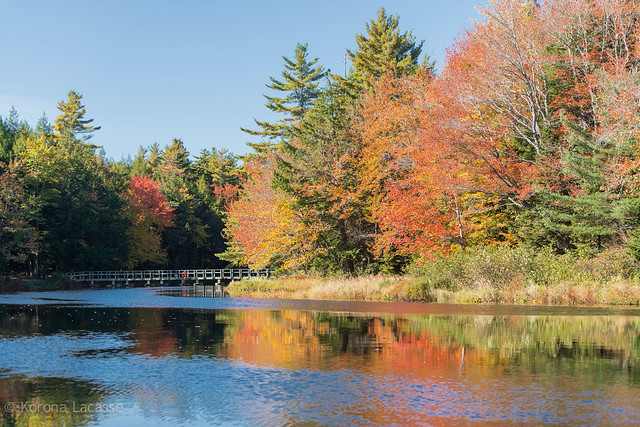 2021 was a year that few would want to relive. Mounting climate change fueled catastrophes dominated much of the news around the world. Here in Canada, it was no different. Fires and record heat decimated large swaths of land in British Columbia and Alberta. Then the floods came. Decades of clearcutting old growth forests have led to a seemingly never-ending stream of disasters. In years to come, this existential crisis will only grow. But there is nothing natural about these disasters. This is just one part of a global attack on our biosphere for the profit of a few.

In Nova Scotia, where I live, vital ecosystems have been under attack by extractive or exploitative industries for decades. We recently won a hard-fought battle to stop the development of a precious piece of land on the eastern shore of the province. Owl’s Head is a small, but biodiverse sanctuary that was slated for decimation to make way for a golf course. A deal was set in motion behind closed doors between the Liberal government at the time and a wealthy American couple who own land adjacent to the reserve. After massive public outcry, organising, protests and an election, the proposal was withdrawn.

Unlike most of Canada with its vast boreal range, Nova Scotia is primarily dominated by Acadian forests. These woodlands are home to endangered animals like moose, wood turtles, and pine martens. They are also coveted by forest industries for their pulp. Westfor, a billion-dollar consortium that represents the interests of 13 logging mills, has been responsible for a stepped-up effort at extracting and clearcutting on crown lands. These lands, that should belong first to the Indigenous Mi’kmaq and the people who live in these important and ever threatened places, have been intimidated by this influential and powerful company. Following centuries of colonial settler expropriation, they have carved up enormous sections of the province for the profit of a few and at the expense of rural communities and countless species, many of which are critically endangered.

For several weeks, forest protectors from Extinction Rebellion Mi’kmak’i/Nova Scotia, including the tireless Mi’kmaq activist elder, Darlene Gilbert, have endured the bitter cold to stop the clearcutting of one of the last remnants of forests in this rural part of Annapolis County. This is an area that has suffered greatly from clear cuts erasing enormous swaths of woodlands essential for moose and other wildlife for food and as a natural shelter from the winter’s cold and the summer’s heat. Their commitment to the land and to the future, echoes that of other water and land protectors around the planet, from Wet’suwet’en to the Niger Delta to the Amazon. Every battle is a stand against the relentless war being waged against the earth.

We are all witness to a ruthless and thoroughly stupid war against the biosphere we all depend upon for life wherever we may live. Indeed, we are living in a crucial era for fighting for and protecting what remains before it is too late. To be sure, it is a daunting challenge. But the victory of Owl’s Head should serve as an encouragement. And just a few years ago in this same province, a company called Alton Gas from Alberta was determined to store fracked gas in underground salt caverns and dump toxic brine into the Shubenacadie River, decimating the 13,000 year long ancestral fishing area of the Mi’kmaq people. It withdrew after sustained protest. These battles can be won, but we must unite to fight them, and we must do it now before the madness of ecocide ends with the finality of extinction.

12 thoughts on “How a Battle for a Piece of Forest in Nova Scotia Echoes the Global War for Our Biosphere, by Kenn Orphan”