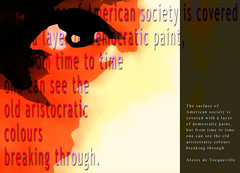 Noam Chomsky spoke in Syracuse, NY on May 11, 2011. This event was sponsored by the Syracuse Peace Council.

END_OF_DOCUMENT_TOKEN_TO_BE_REPLACED

Our thanks to Felton Davis for the transcription from the GRTV Video recording and for the annotations.

This press conference organized by Global Research was held in the context of Helen Caldicott’s public lecture to Montreal on March 18, 2011.

END_OF_DOCUMENT_TOKEN_TO_BE_REPLACED

by Mark A. Goldman
Guest Writer
Dandelion Salad
www.gpln.com
May 14, 2011

The Fed is essentially a private organization made up of private banks whose job it is to manage monetary policy. Monetary policy means managing the supply of money in the economy. There’s only so much the Fed can accomplish by changing the supply of money in the economy. In addition, the Federal Reserve is really a misnamed organization, given that it is not really an arm of the government, but rather a privately controlled organization. It seems totally inappropriate that the Fed should be put in charge of solving our country’s economic woes, particularly when you consider that it was the Fed’s irresponsible gross mismanagement of the banks that crippled the economy in the first place.

END_OF_DOCUMENT_TOKEN_TO_BE_REPLACED

As many of us observe the great Arab and Islamic awakening of 2011 in stunned amazement, as it rapidly spreads across the region, this observer agrees with those who declare,“ well it’s about time—Godspeed to the rebels and goodbye to the despots.”

Indeed, most of the despots had been installed and propped-up by the US government and its allies without many American citizens’ awareness or liking.

END_OF_DOCUMENT_TOKEN_TO_BE_REPLACED

In the north-eastern zone of the city, Palestinian youths tell us stories about those infamous days in December 2008, when the Israeli army began its Operation ‘Cast Lead’. The landscape in front of us bears witness to the devastation the Operation left in its wake: buildings turned rubble, destroyed houses, fields which the locals try cultivating, now become arid and contaminated with white phosphorus bombs. Only a few kilometres away lies the frontier that separates the occupied territory from Israel; between the inhabited zones and the actual frontier is an area called the ‘buffer zone’, stretches of arable land which the Palestinians do not have access to. When they try working on the land, they risk being attacked by the Israeli army posted on the towers spaced out along the frontier, either at the hand of snipers -positioned in some of these towers-, or automatic machine guns.