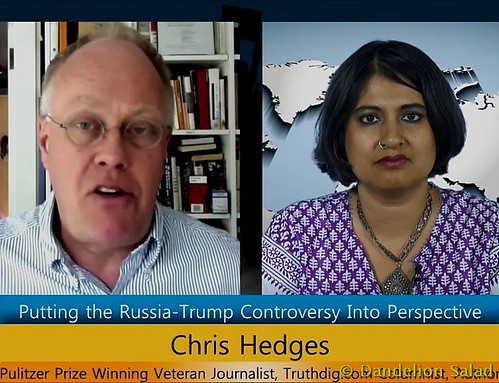 The “i” word, impeachment, has once more become commonplace. But is potential collusion with Russia the worst thing that President Trump done? When we consider the relentless assault on constitutional rights, the cruel attacks on immigrants, the nods to white supremacists, the fueling of Islamophobia, the undermining of climate accords, and the huge number of industry and corporate representatives he has stacked his cabinet with, is the Russia story really the big one?

Impeach Trump for the Right Reasons by David Swanson

13 thoughts on “Chris Hedges: We Need To Dismantle the Power of the Corporate Oligarchy”